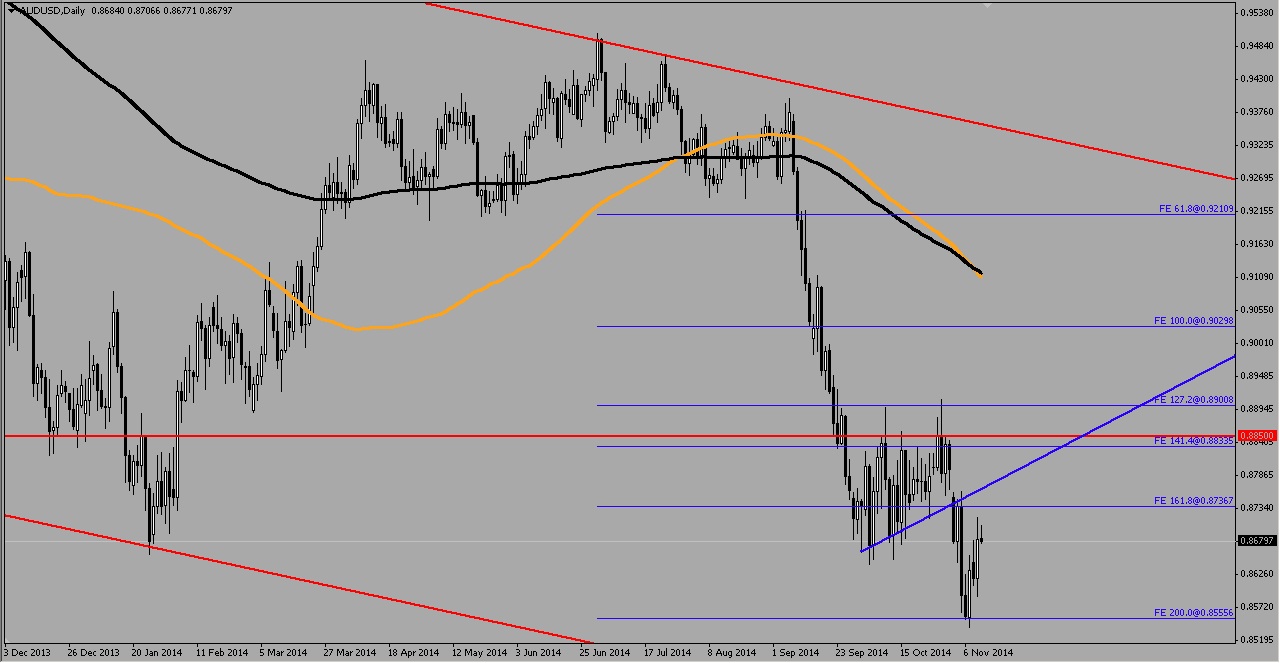 Australian dollar reattains 0.871 near the end of the trading day yesterday 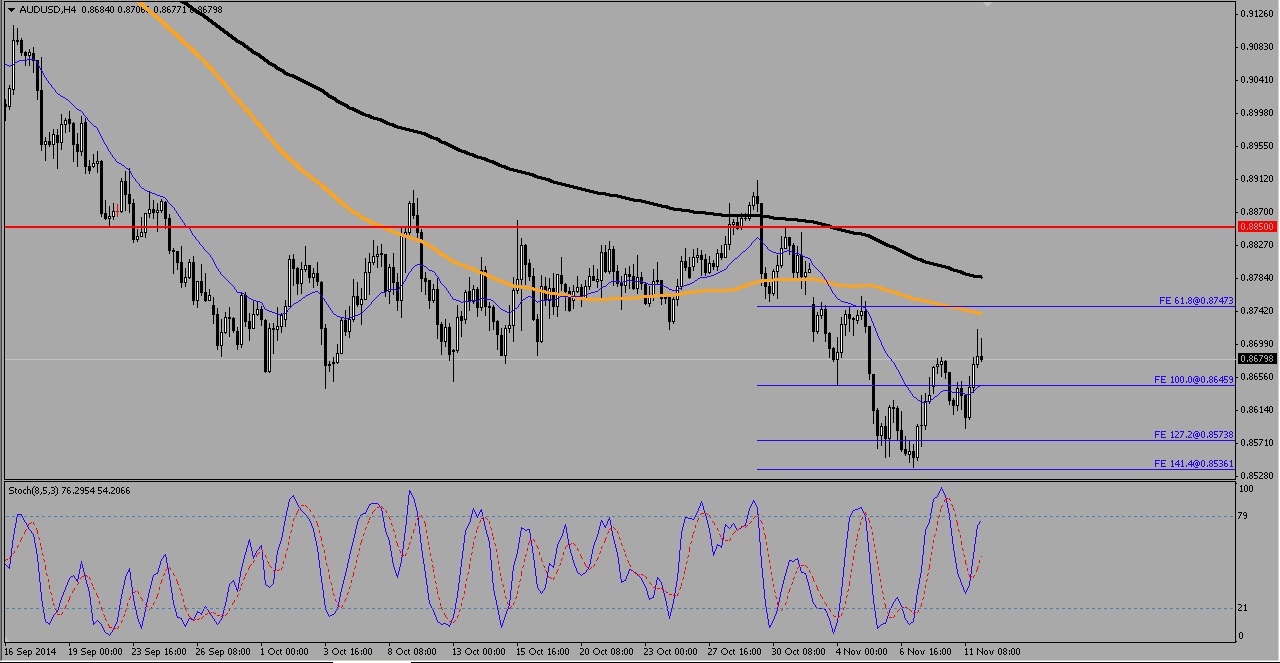 Breaking the 100% of the downtrend Fibonacci expansion support the Australian dollar looks to climb towards 0.875 to recover the trading gap seen at the opening of the last week. A support today at the 200 EMA or at 0.866 price level will likely see 0.875 and 0.88 levels reattained as the Traditional MACD has shown bullish signals moving above the 0 level.

The Australian rose to its November 4th support level at 0.871 as it resisted before the trading day ended yesterday. Just announced wage price index gained 0.6% quarter on quarter as per estimated and though not a big mover of the markets, the technical price level of 0.866 remains a key support zone as seen by the long shadow on 3rd November. Intraday range remains between 0.874 and 0.864 as the 20 and 104 moving averages look to converge, with higher lows likely to remain the main trend. We expect to see 0.88 levels soon if 0.871 resistance is broken, or when 0.886 is tested and holds as a support today. Expect the pair to be relatively ranging today due to the lack of impact news on the Australian and U.S fronts.