Since the beginning of this week, Litecoin has been on a steady drop after hitting $300 in the previous week. What should we expect in the coming week? With the 12-15 January Litecoin price prediction below, there are some clues based on technical analysis.

12 January, AtoZForex  – Since December 2017, Litecoin has been moving back and forth. Ranked by Coinmarketcap as the 6th biggest coin based on market capitalization, LTC has not made a significant and sustained breakout. Often times in the Crypto market, when prices go sideways, one of the technical patterns to look out for is the TRIANGLE pattern. Often times, price breaks out powerfully and trends better after this pattern. Last week, we discovered this triangle formed on Litecoin and suggested price could rally very fast. After the breakout, there wasn’t a sustaining bullish momentum to drive price skyward. Since the breakout, price has lost about 29% to get close to its previous lows in the last 4 weeks. The chart below was the triangle earlier spotted last week. 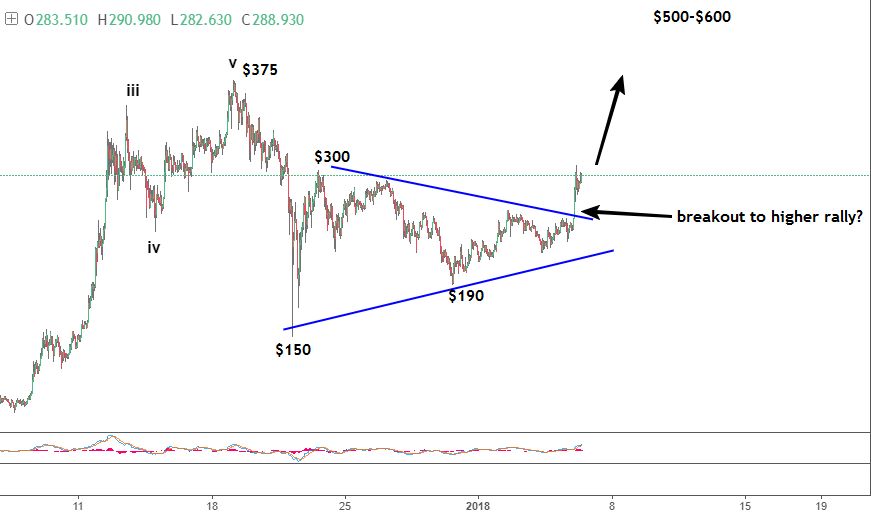 It does seem Litecoin will recover completely in the coming days and probably make a new high just like Ripple and Ethereum. The next target if price continues upside is $500 and next is $600. Will this happen in the coming days?

12-15 January Litecoin price prediction: what next? 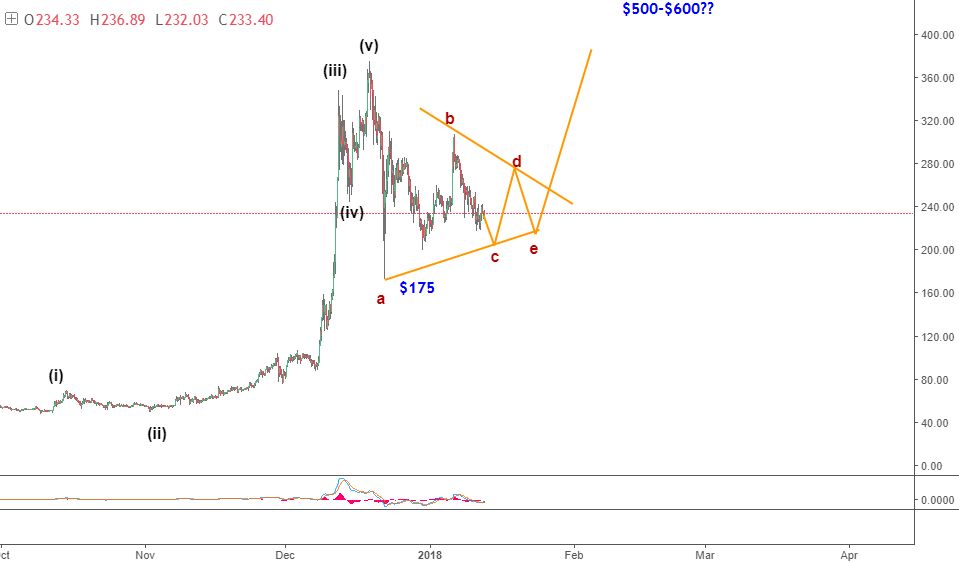 Since price couldn’t break above $300, the triangle in the last update doesn’t hold anymore. What we have now is a bigger triangle pattern projected. According to Elliott wave theory, triangle patterns often have 5 legs sub-divided into corrective pattern each. There are two more legs to cover in probably the coming week. At the end, a true bullish breakout could be seen heading to $500-$600.

Alternatively, the triangle could break downside. This option wouldn’t be good for the coin as its price could dip to $120. Triangles could break upside or downside. The breakout predominantly occurs in the direction of the immediate preceding trend (bullish in this case). Stay tuned for the next update.