Ethereum has been one of the best performing Crypto coins since the turn of the year almost peaking at $1400. Is price in a corrective stage? When should we expect the rally to resume? 12-15 January Ethereum price prediction below has useful clues.

12 January, AtoZForex – The turn of the year saw Ethereum broke above $1000 for the first time. The coin which has now regained its position next to Bitcoin in terms of market cap rallied even further. On Tuesday while price was about breaking above $1300, there was a huge 20% dip in just about 5 hours. At that point, we expected price to start a corrective move in form of a zigzag or triangle pattern.

The chart below shows the quick 20% dip and what we expected. 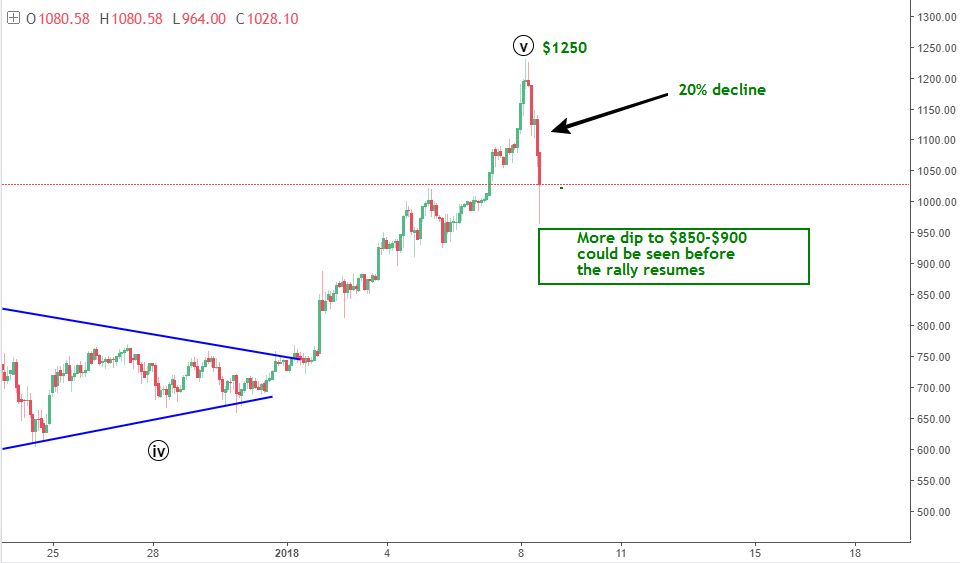 What happened afterward? Price recovered hours after on the same day and broke upside the following day. The rally continued in the next day until peaking close to $1400 before a real corrective dip started. So far today, price has gained nearly 20% after a corrective dip to $1100 to stay above $1250. Will the dip continue? The chart below shows the technical analysis (Elliott wave) view.

12-15 January Ethereum price prediction: what next? 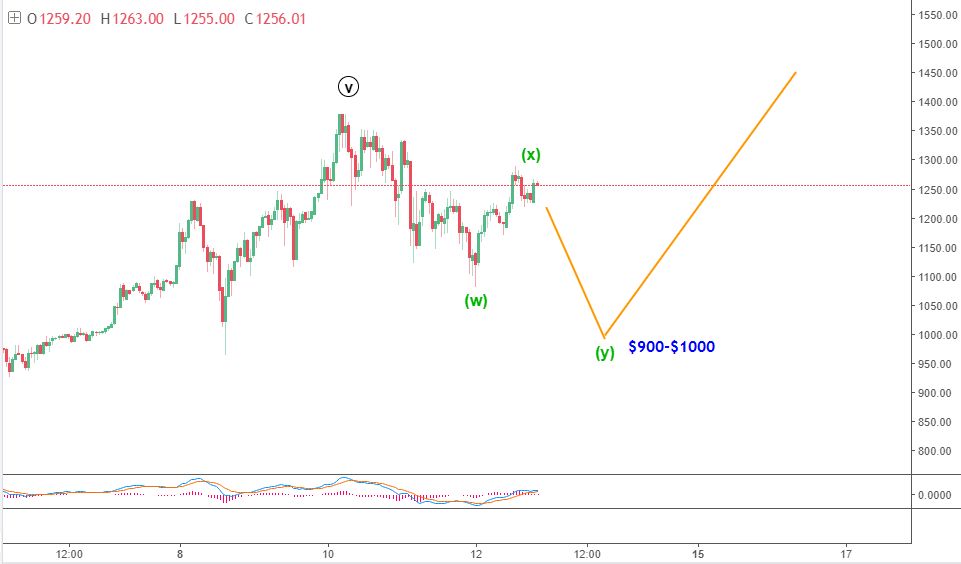 The chart above shows the dip from the top is corrective and might not have ended yet. A double zigzag deeper correction is likely to be seen between $900 and $1000 before the rally resumes. Once the correction ends as expected, a rally above $1500 is very likely.