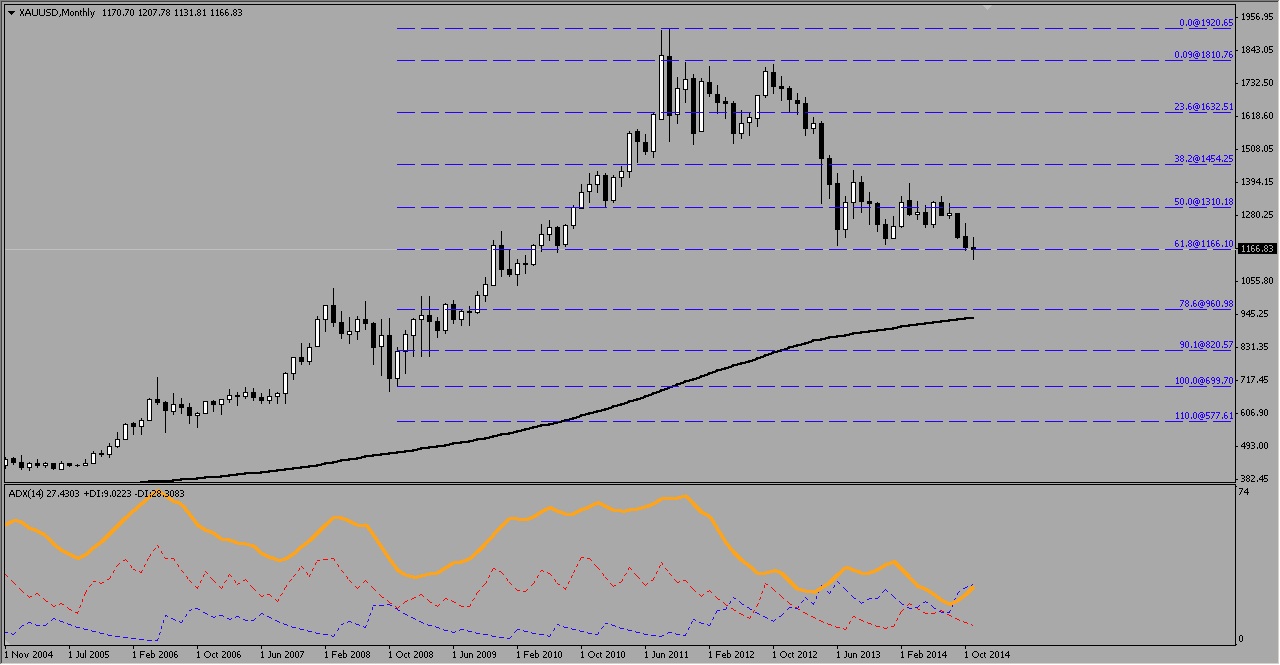 Gold prices on the monthly chart is placed at the 61.8% of the Fibonacci retracement as November ends with a doji 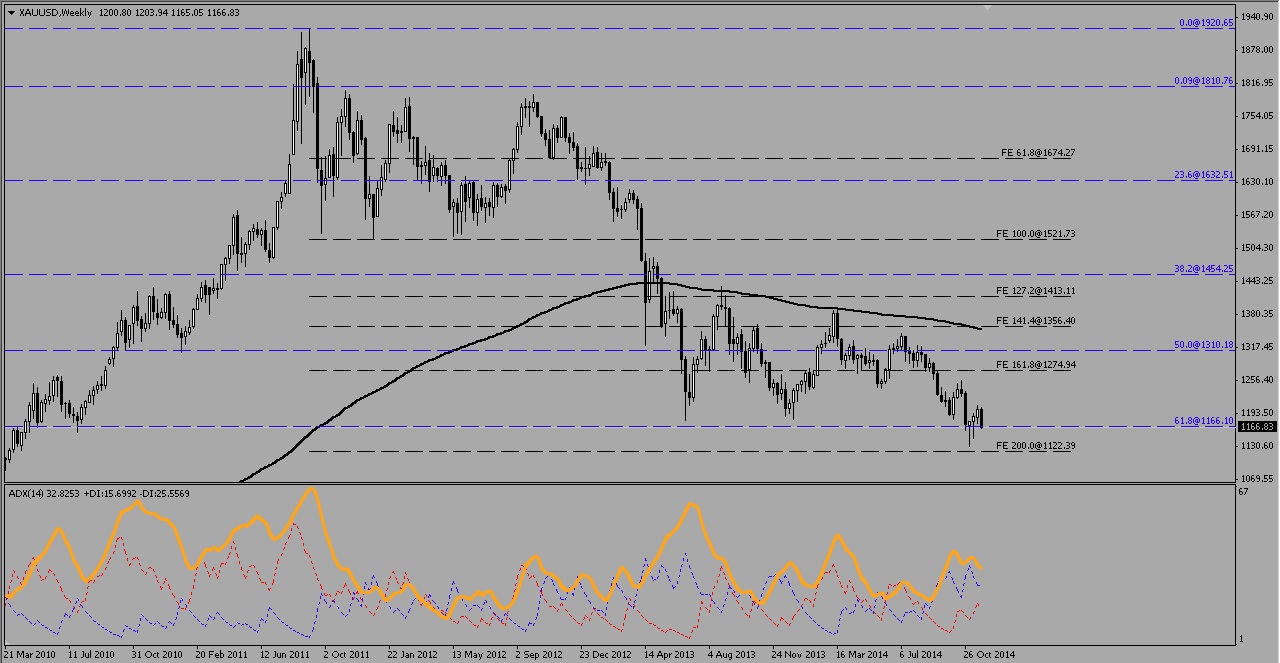 On the weekly charts we can see that the fall of Gold is likely to see next support at 1122 on the 200% of the Fibonacci downtrend expansion exhaustion level. 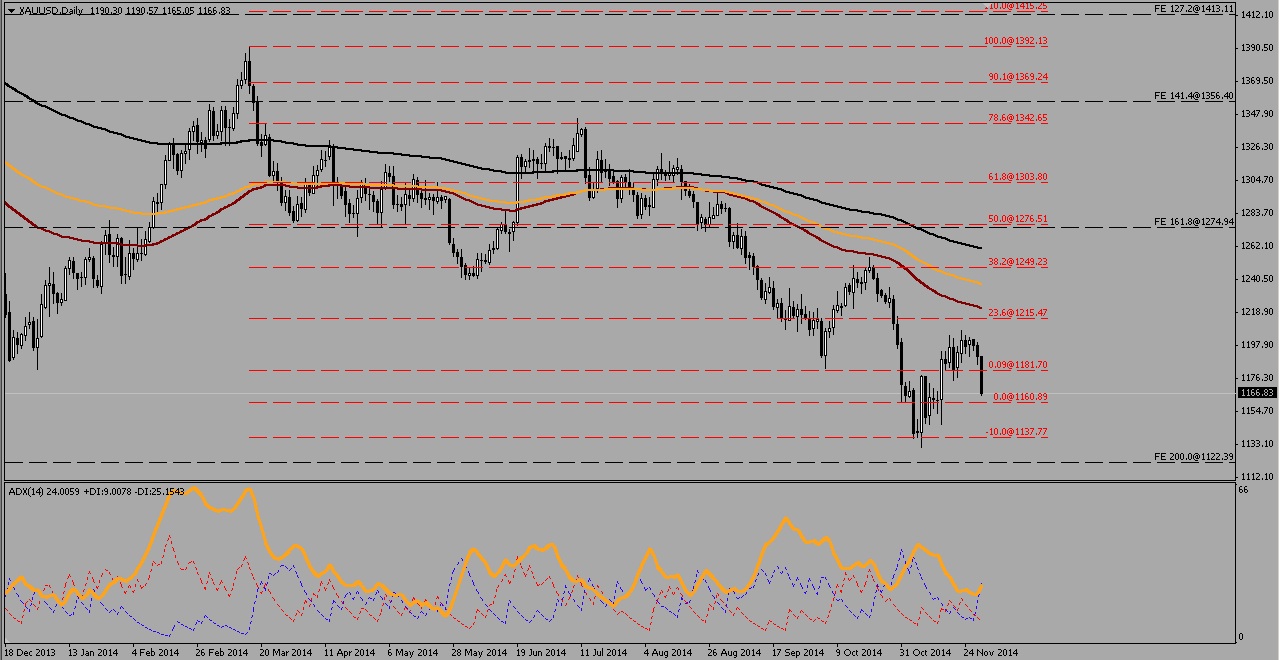 A failure to break below 1137 in November sees the pair escape a bearish run towards 1120 levels, but the opening of December saw a downward gap that will likely test 1140 and below. 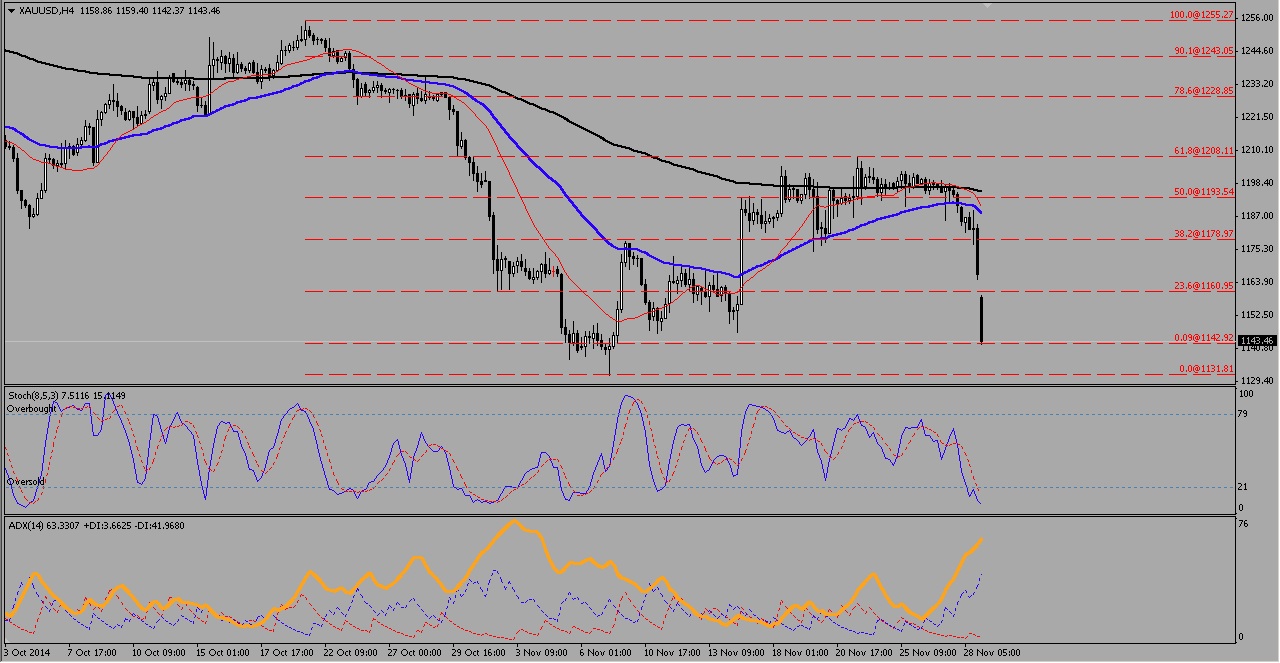 The Swiss National Bank President has coined the referendum “Save our Swiss Gold” a dangerous initiative, and accepting the measure would restrict room for manoeuvre on currency reserves, which will be detrimental to the Swiss economy.

It turned out to be a overwhelming “No” vote, as SNB policy makers estimated they would have needed to buy 70 billion francs worth of gold if the referendum had passed. The minimum exchange rate for the EUR/CHF will also be affected due to the weakening of the Euro, and Swiss Franc’s demand fell subsequently as the plan for purchases were ditched. EUR/CHF did not have to withstand drops to 1.2000 at time of writing, continuing its rebound to 1.2037 at time of writing.

China’s slowdown in manufacturing and a more than expected unemployment claims this week from the U.S may give way for further downside for the Yellow metal which has fallen 60 dollars per ounce from November.