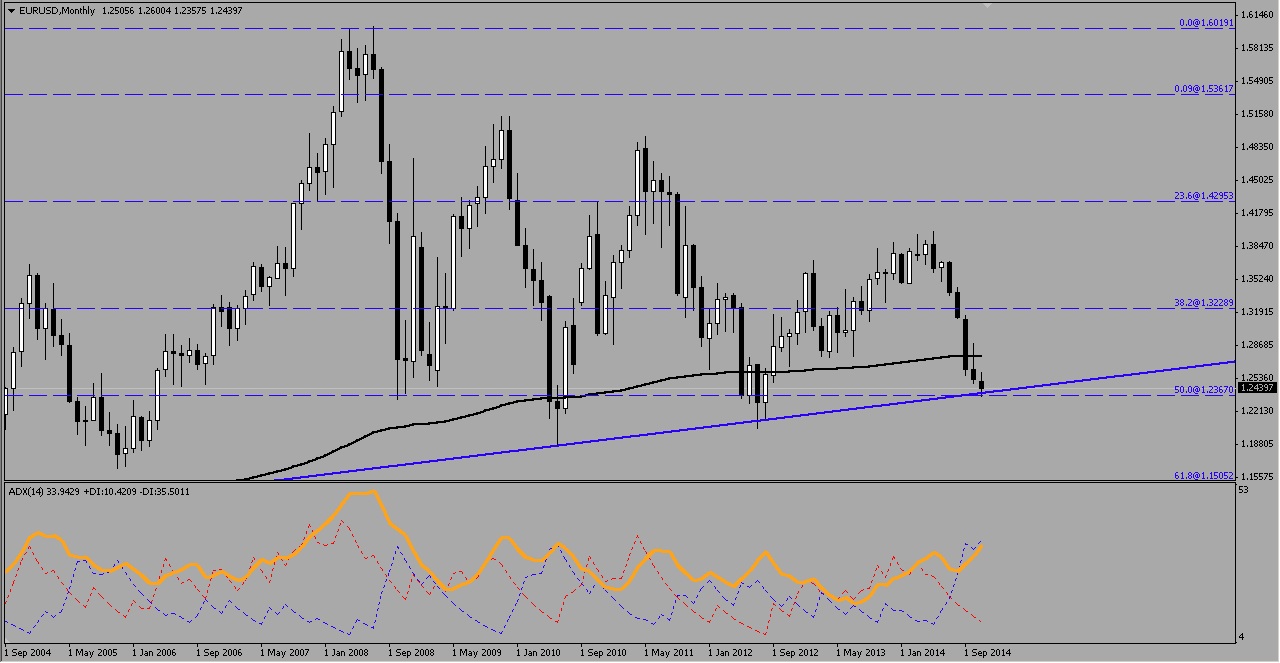 Euro ended bearish for the 4th consecutive month as the lowest of 1.236 appears to have supported and exhaustion looks likely as the candles complete with shorted bodies, also on the upward sloping higher low trendline. 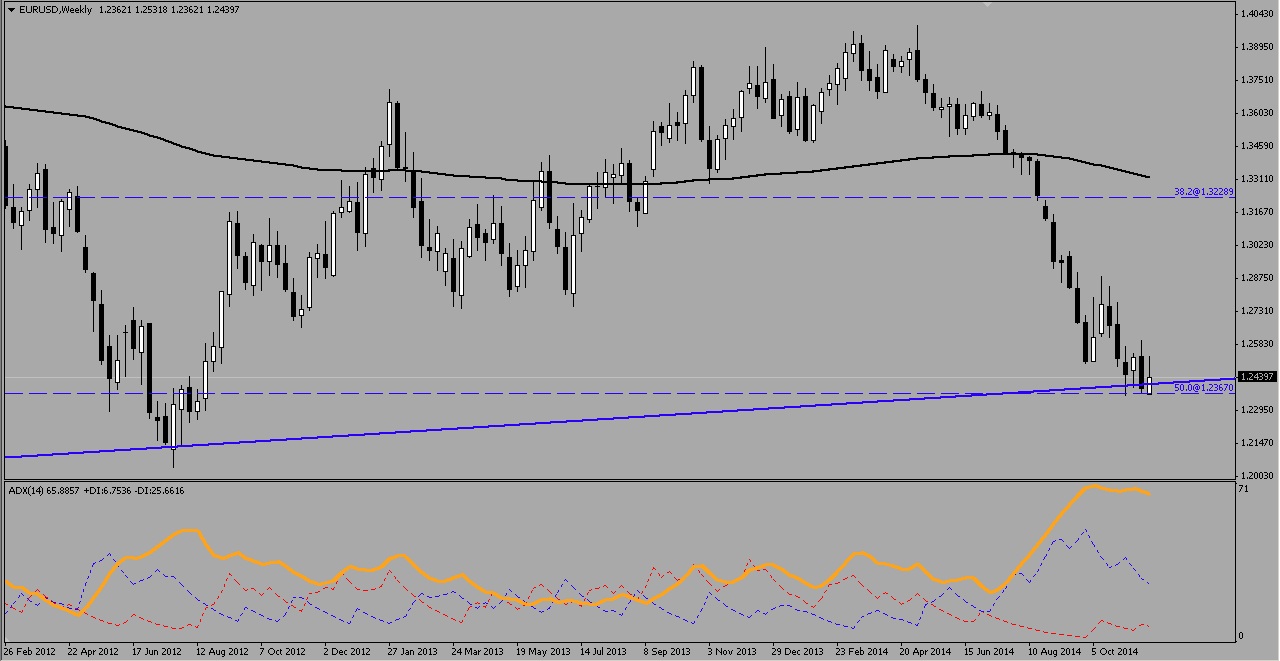 The price gap at the opening of last week was quickly covered but a lack of a clear break above of the supporting trendline in blue shows that the market’s confidence in the Euro continues to wane. 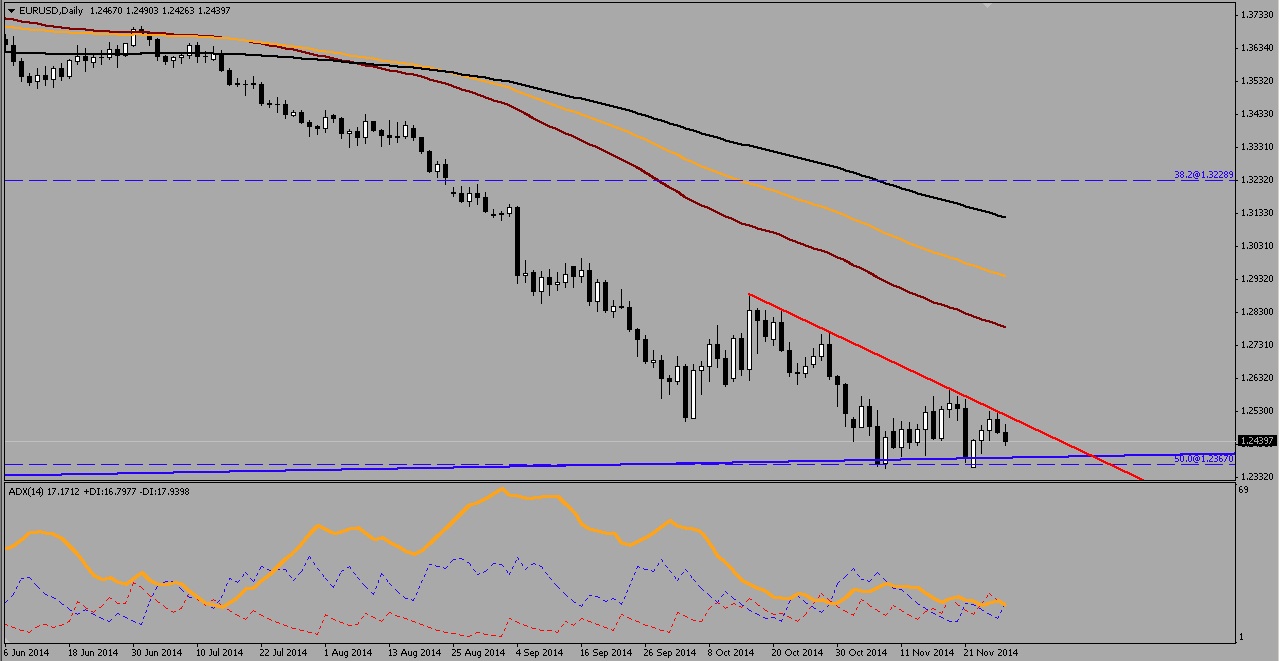 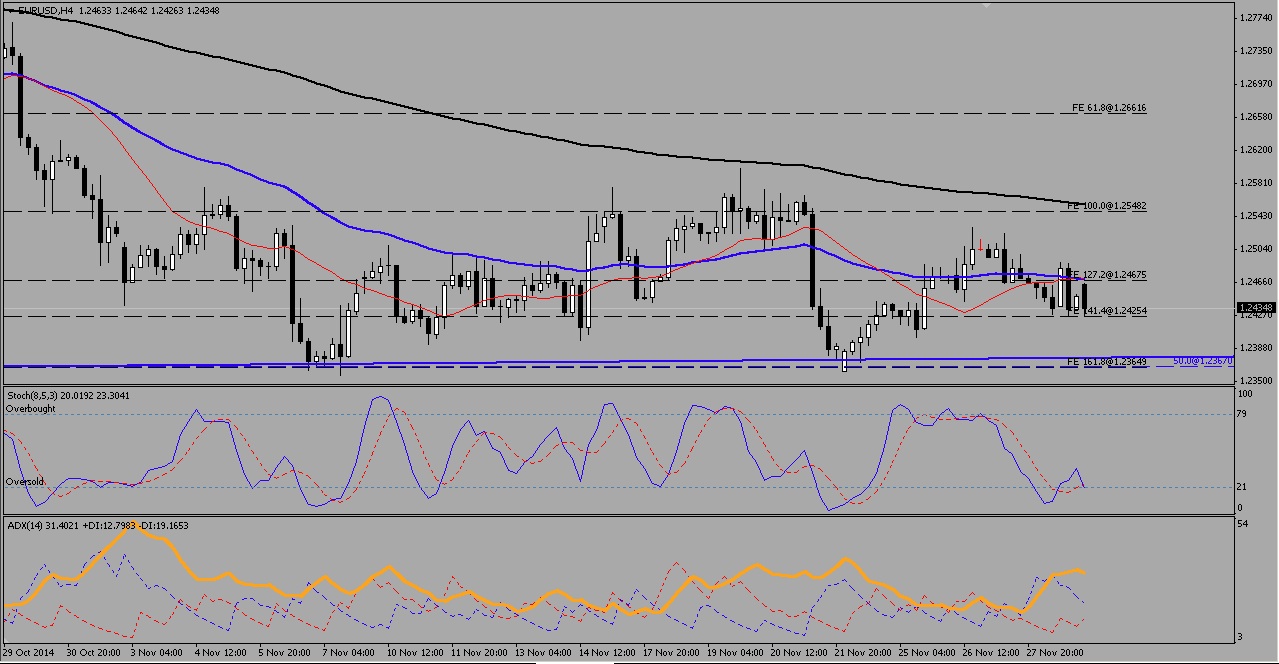 Markets for December 2014 opened with a positive gap which was quickly covered during early Asian session trading and looks to test 1.2400 support. A break below will see 1.236 and back to 1.22-1.18 lows should the sentiment remain bearish.

We start the month looking at the Manufacturing PMI out of the Euro region before the U.S ISM Manufacturing PMI figures later in the day. Fed Chairperson Janet Yellen will speak on Tuesday after the Euro PPI month on month change data is announced, and on Wednesday retail sales change from the previous month looks to rebound from the Euro area. On Thursday, the customary European Minimum Bid Rate announcement and the Press Conference by the ECB which will have the world peeled as to what condition the Euro zone is in right now and what are the measures likely to be implemented into 2015. We end the week for the Euro with the revised GDP quarter on quarter change final figures, before the U.S Non Farm Payrolls which is expected to gain in jobs created and an improvement in the trade balance for the U.S.

An intraday support at 1.2400-1.236 may give some potential for a rebound towards 1.2500 below the H4 200EMA in black, but a failure to have a clear and decisive break above 1.254 will likely condemn the Euro to trade below the low of November against the dollar as the ECB Press Conference is likely to add more dovish comments on the current state of affairs.