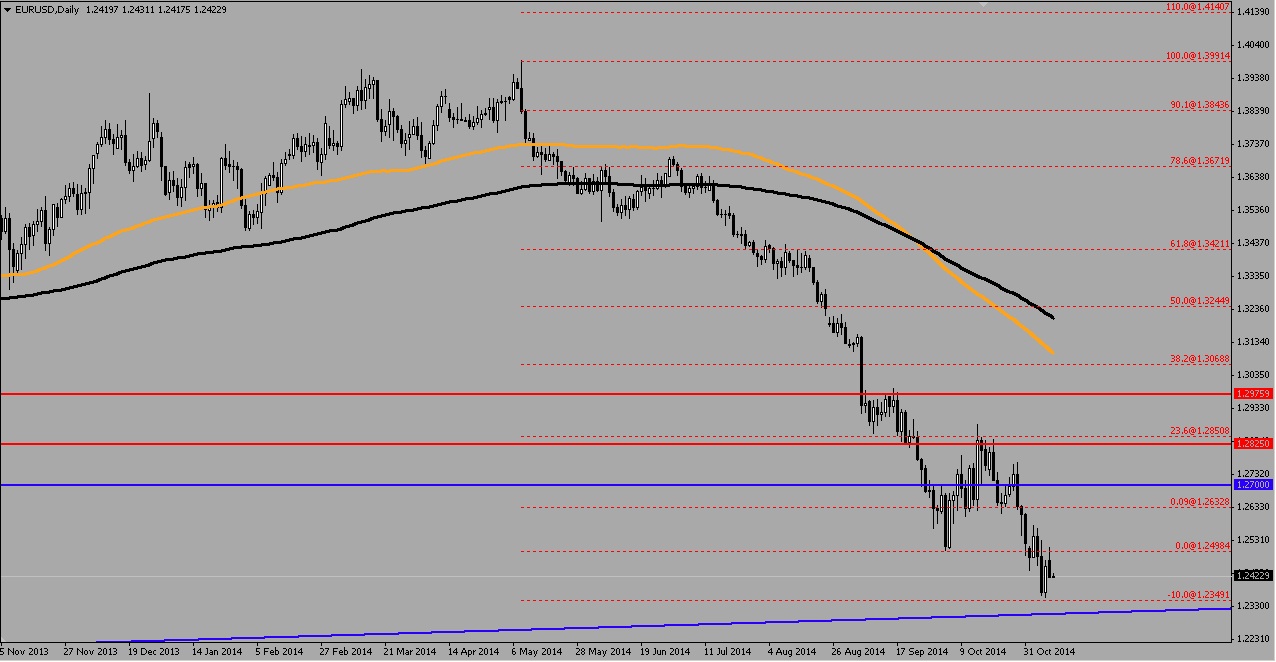 Euro fails to continue its rebound after last Friday’s rally post NFP, resisted on the Daily charts at the low of 3rd October at 1.2500 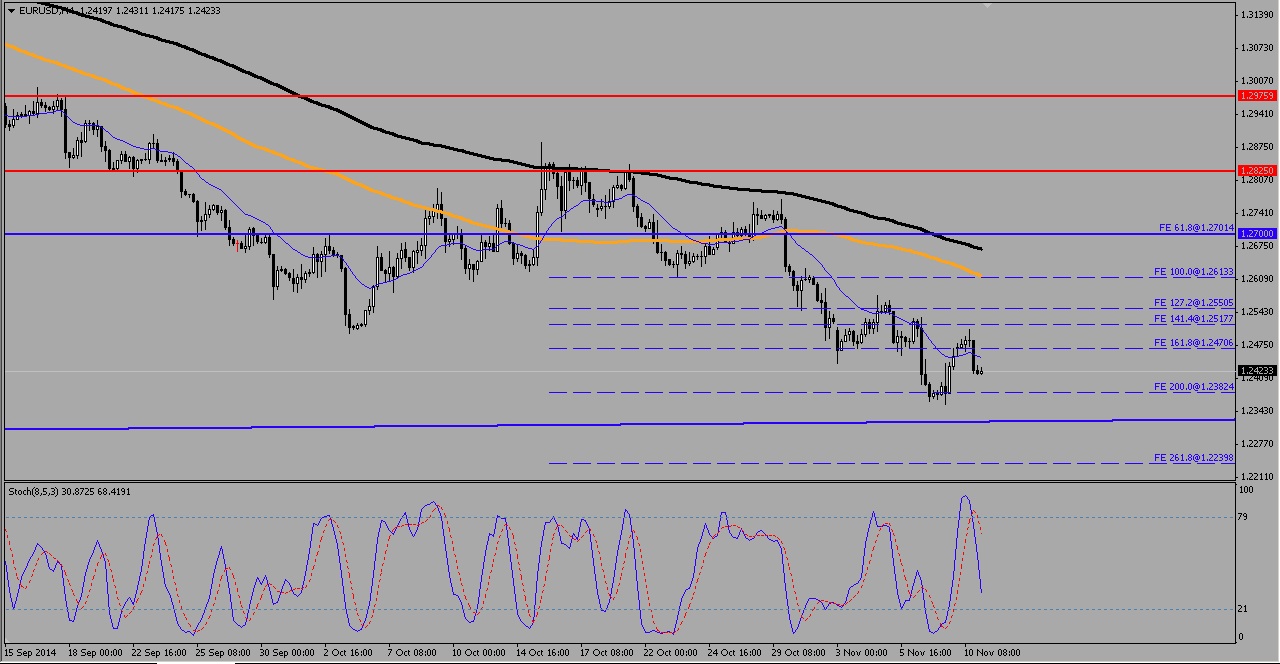 Trading lower than the 161.8% of the downtrend Fibonacci Expansion, Euro remains bearish as the moving average dips. 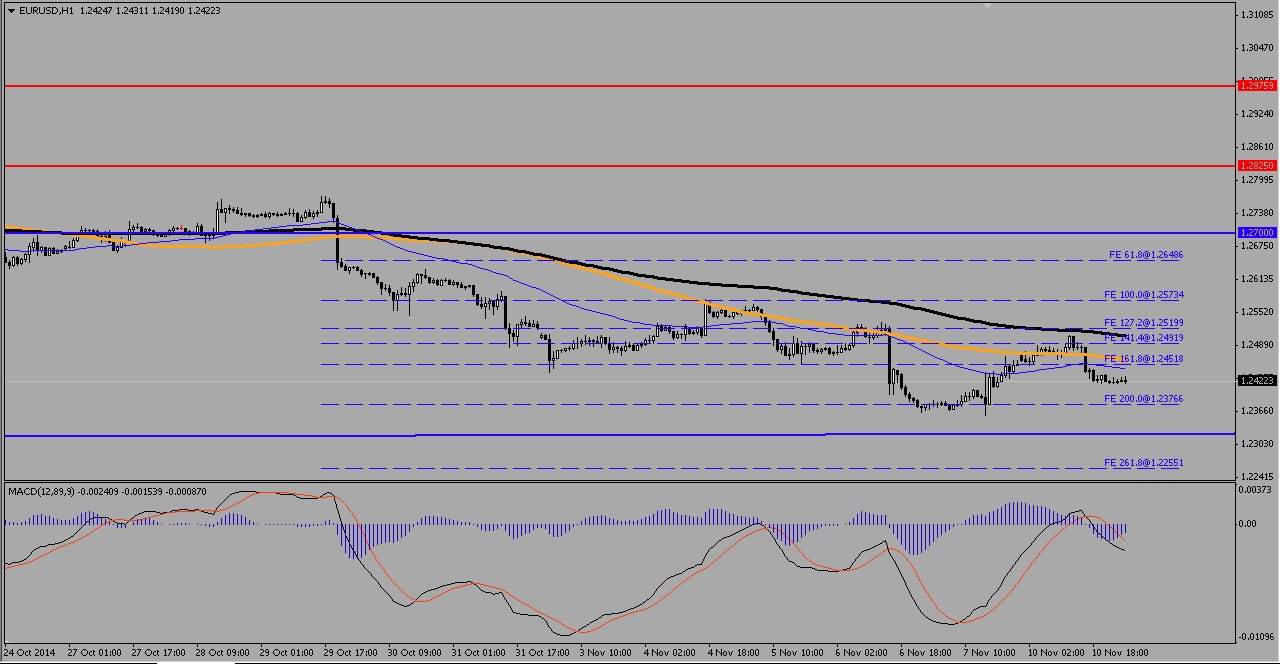 Traditional MACD makes a crossover and reverse back into the bearish zone and a resistance today at 1.245 is likely to meet with the 20 and 104 moving averages as they converge to dip lower.

EUR/USD traded below the 20 SMA on both the H4 and H1 charts. H4 charts signaled an overbought signal yesterday just after the Euro rallied against the Dollar after the poor NFP showing, while the H1 charts’ Traditional MACD showed a quick return into the bearish zone after popping up above 0. Intraday supports are likely to be tested at 1.238, and breaking below 1.2300 we are likely to see 1.225 and 1.219 levels on the bearish swing. A breakthrough above 1.245 is reason enough to retest 1.2500 before any extension of the upside see 1.257 and 1.265 reattained before 1.2700  and 1.3000 is revisited.