As we initially projected earlier this week, this is a great time to long bitcoin and gold. You may find my insights in our 11 April bullish gold true Fibonacci wave forecast.

11 April, AtoZForex - Gold is a historical safe heaven asset which loves instability. Each time there is stability you would see Gold prices going down, however if there is any chaos, war or even a threat of any GeoPolitical instability Gold would be soaring. Hence, according to our bullish Gold True Fibonacci Wave forecast Gold prices are being pumped as we write this post. 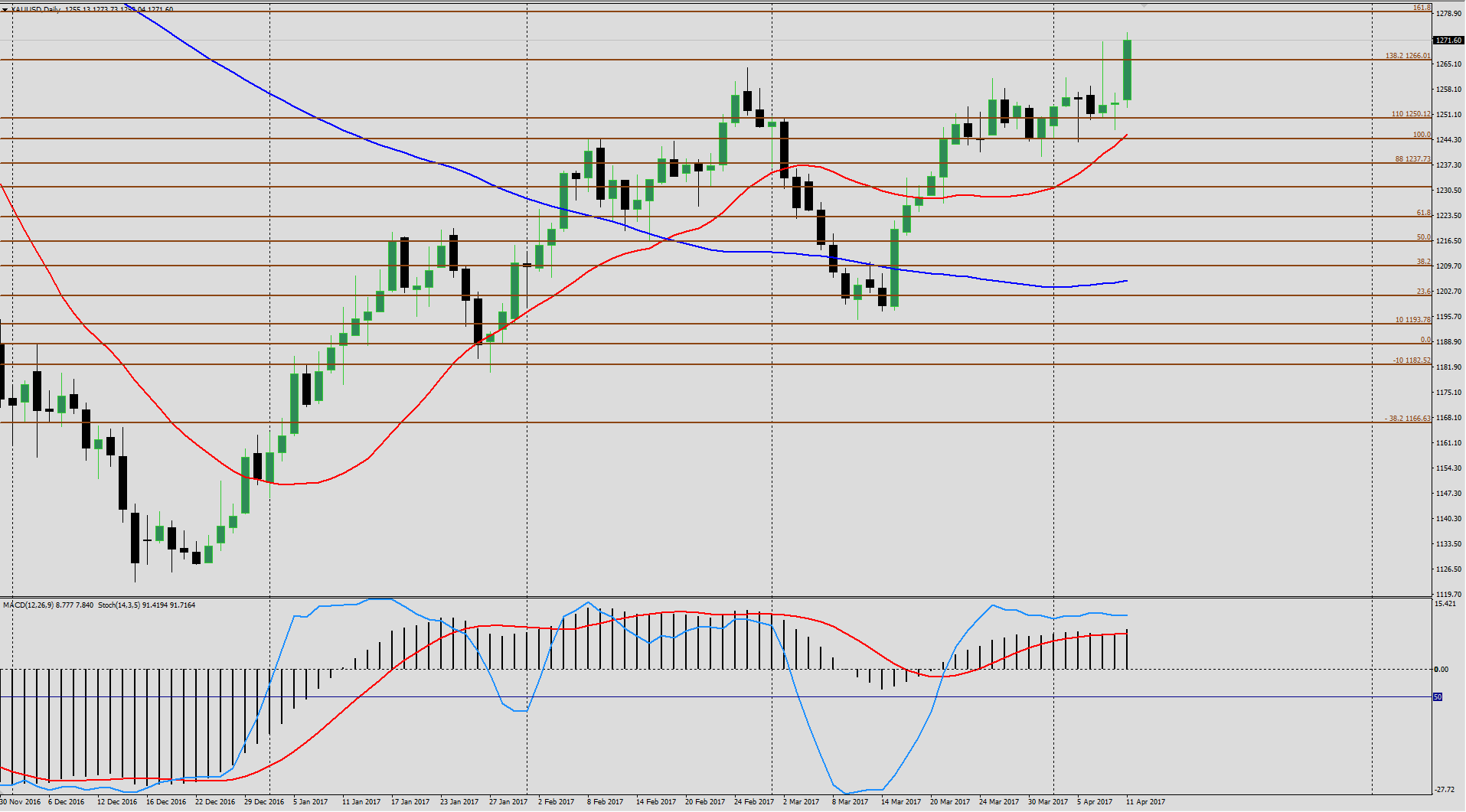 Based on the True Fibonacci waves trading strategy (this is not a common Fibonacci extension) once a tradable instrument bounces off the 138.2% however fails to strenghthen its position beyond 110 level, then that instrument is likely to hit 161.8% and 200% levels. Thus, in our mentorship groups we have been discussing buy opportunities for Gold at the level of $1250 level.

As it can be seen from the H1 bullish Gold True Fibonacci Wave forecast (the first chart), the valuable metal found itself the needed support at 1250 level as it was expected. This support was also confirmed by what I call "SWORD" candlestick formation, which in itself is a reversal formation.  Combining the two given, I am convinced that the following target for Gold is at 161.8% true Fibonacci Wave level right on 1279 level.

Once Gold reaches the 1279 level, we will have a minor retracement maybe a slight correction, however, based on the current momentum I am convinced that 200% level at $1300 level is the most relevant target for bullish Gold True Fibonacci Wave forecast.