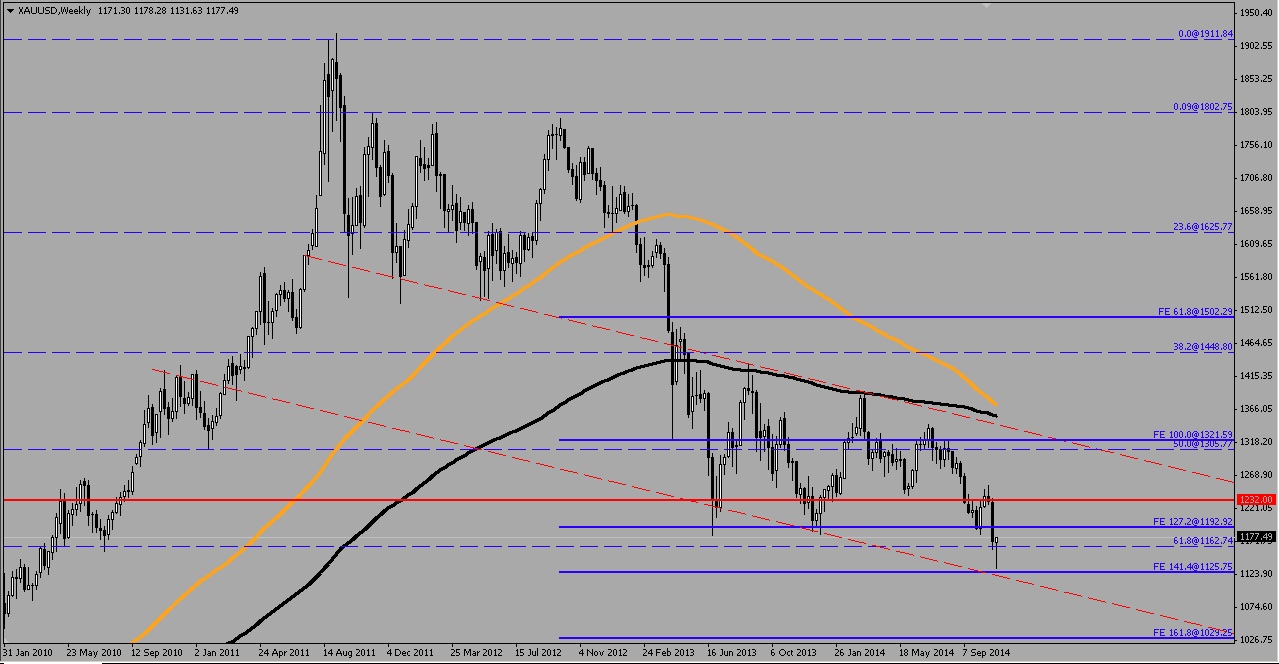 Gold fell to 1131, the previous time this price was attained was April 2010 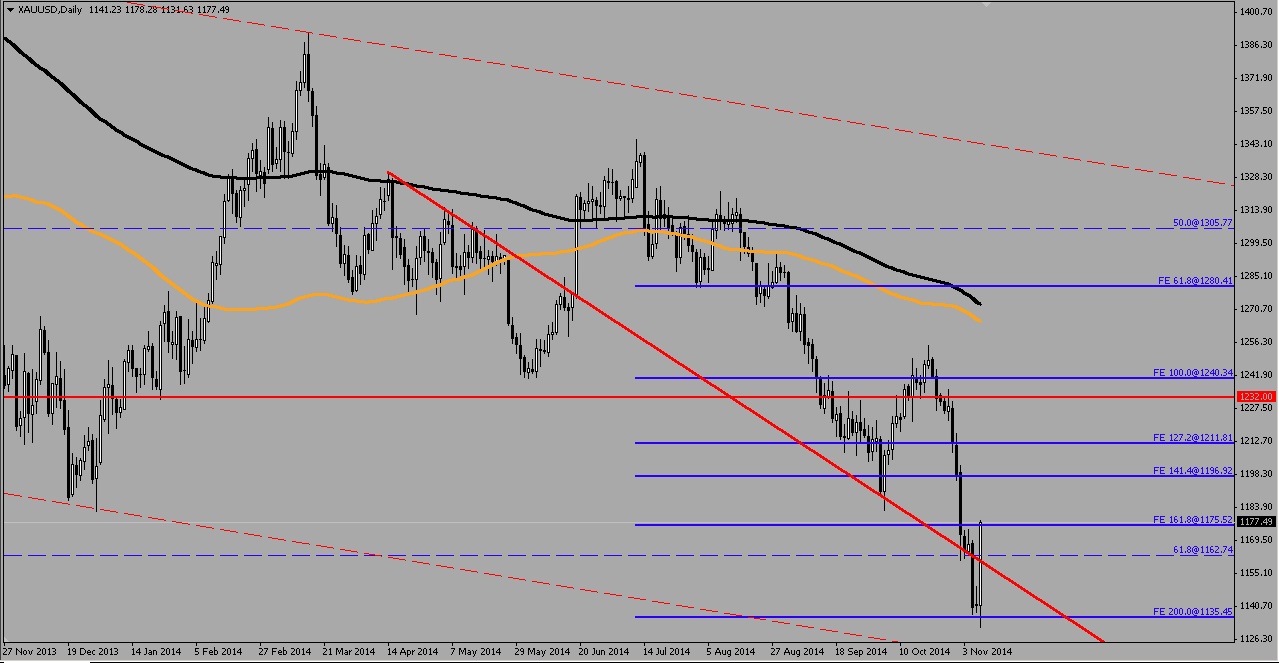 A robust rebound on the last trading day of last week from 1135.45 saw the previous resistance trendline broken upwards 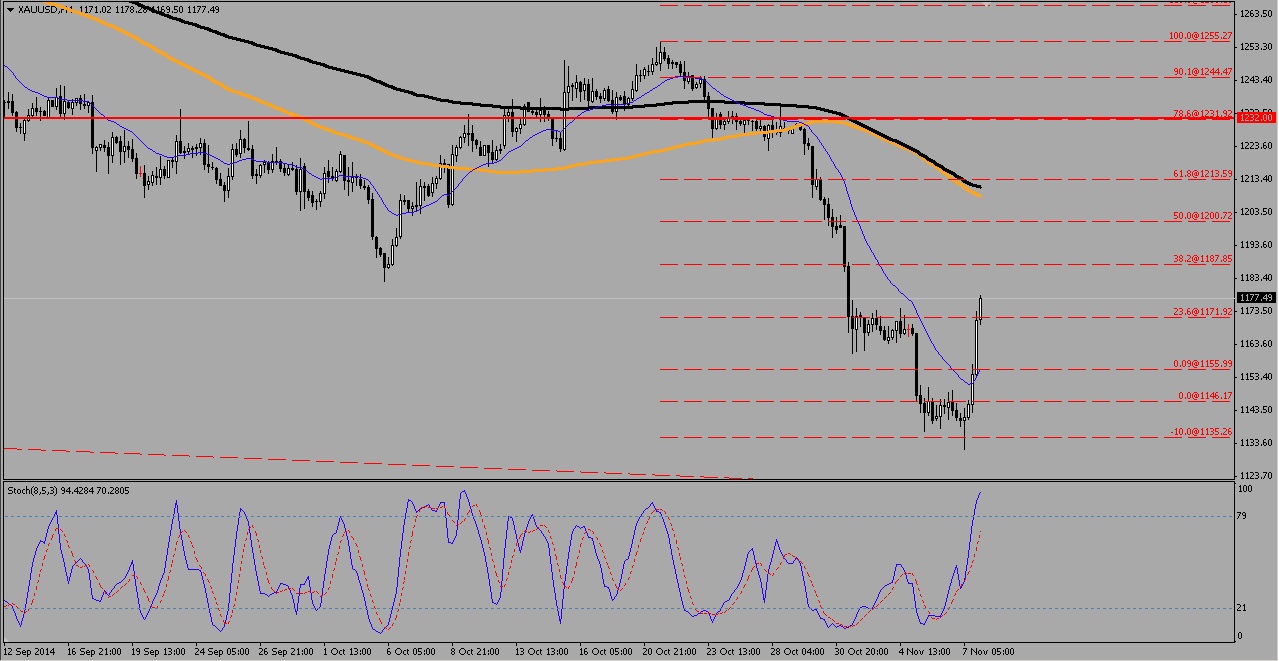 1187 looks likely to be the price level for the next major resistance, as seen from the support on 5th October 2014. Stochastics swung towards the overbought region fast after the bullish day

Gold gains with U.S Treasuries as low interest rates are expected to last longer than expected as average hourly earnings grow less than estimates, while inflation indicators still not up to expectations. Price of gold has fallen US$124 per ounce in less than a month as rapidly falling prices were deemed to be excessive and rebounds were seen just above 1130. Post NFP figures also dimmed views of a robust U.S dollar on the short term, recovering US$40 before the week’s trading ended.