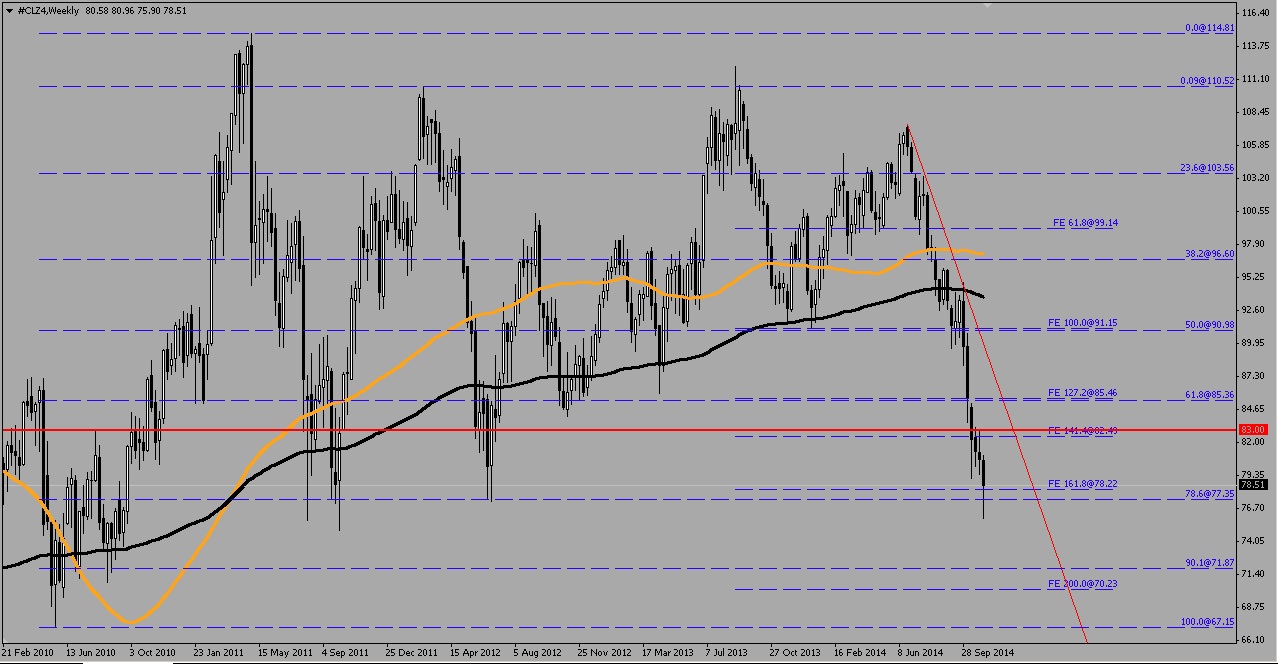 Light Crude Oil fell towards $76 before rebounding at the end of the week above $78.5, previously seen in June 2012 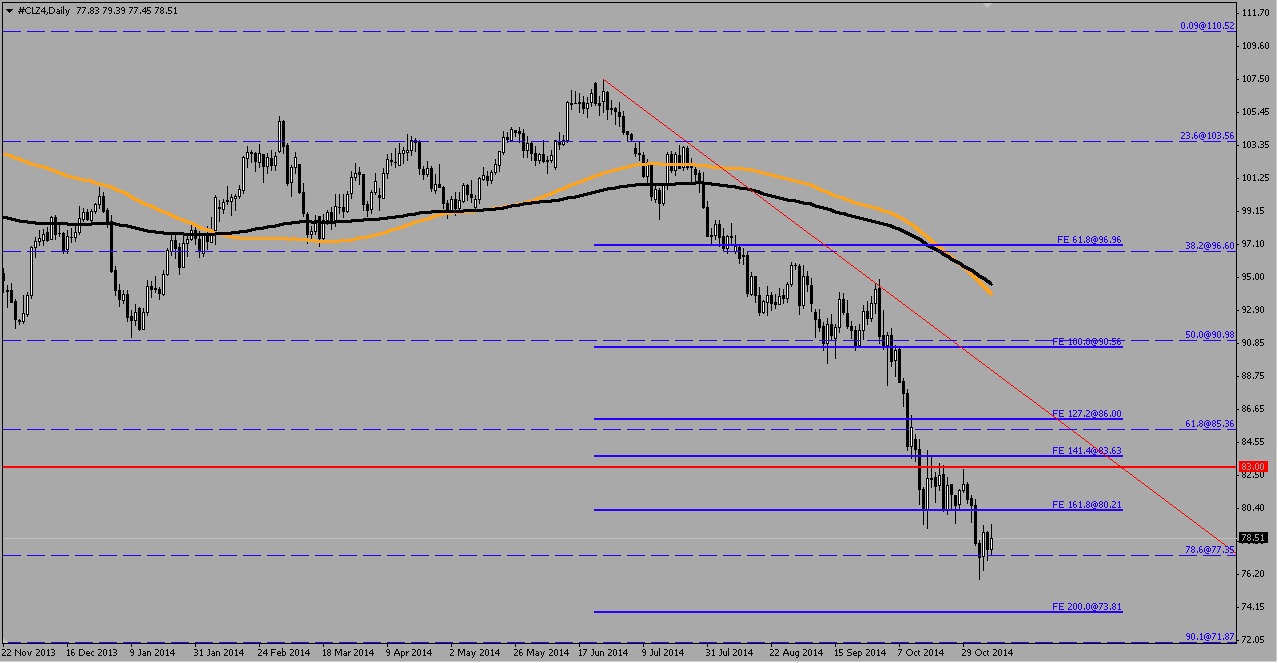 Remaining below the red downtrend resistance line and 80.21 on the Fibonacci downtrend expansion, price of Light Crude Oil futures remain bearish both fundamentally and technically. 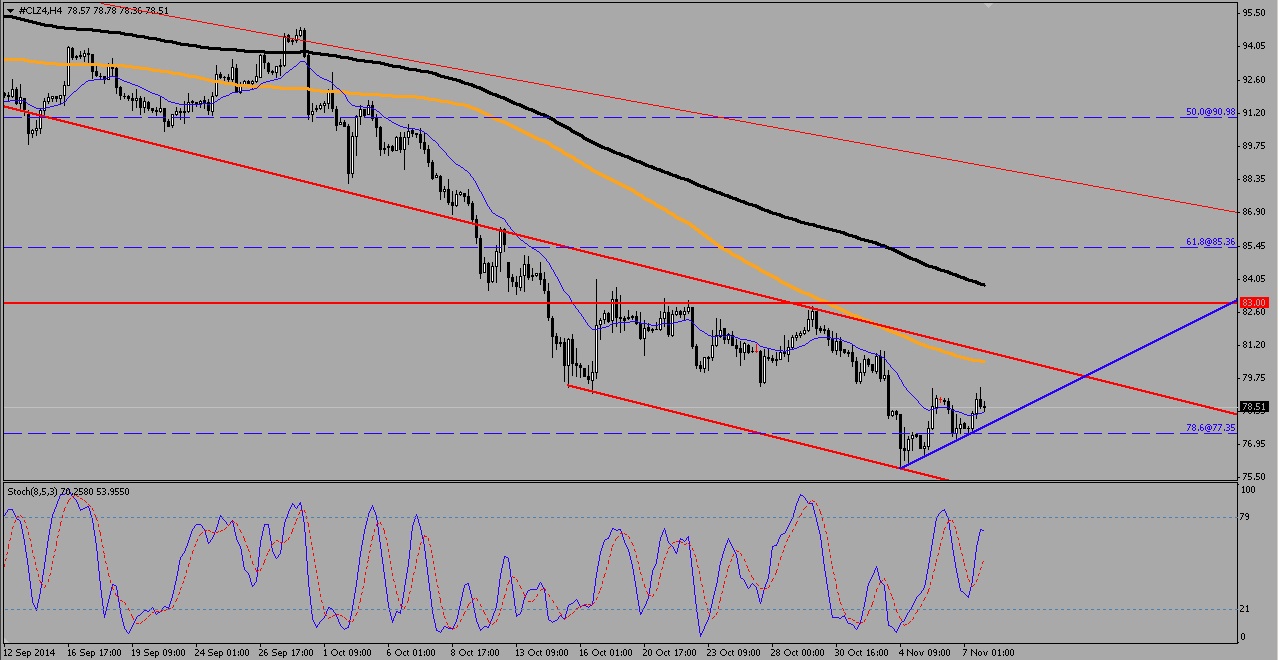 Rebounding from support at 77.35 saw a continuation of the supporting trendline as higher lows form.

Light Crude Oil futures fell for most part of the week before the U.S NFP registered 21,000 less jobs created than expected, 42,000 less than the adjusted change figures from the last month. Unemployment rate fell to 5.8% but less than expected change in average hourly earnings made the dollar slide after a bullish week, with price of oil rebounding from the previous low of June 2012 and also in Aug 2011. The likely continuation of the fall in oil prices is closely related to stockpiles and productions, and production levels and fundamental reasons in demand are the more likely causes to sustain any trading direction.