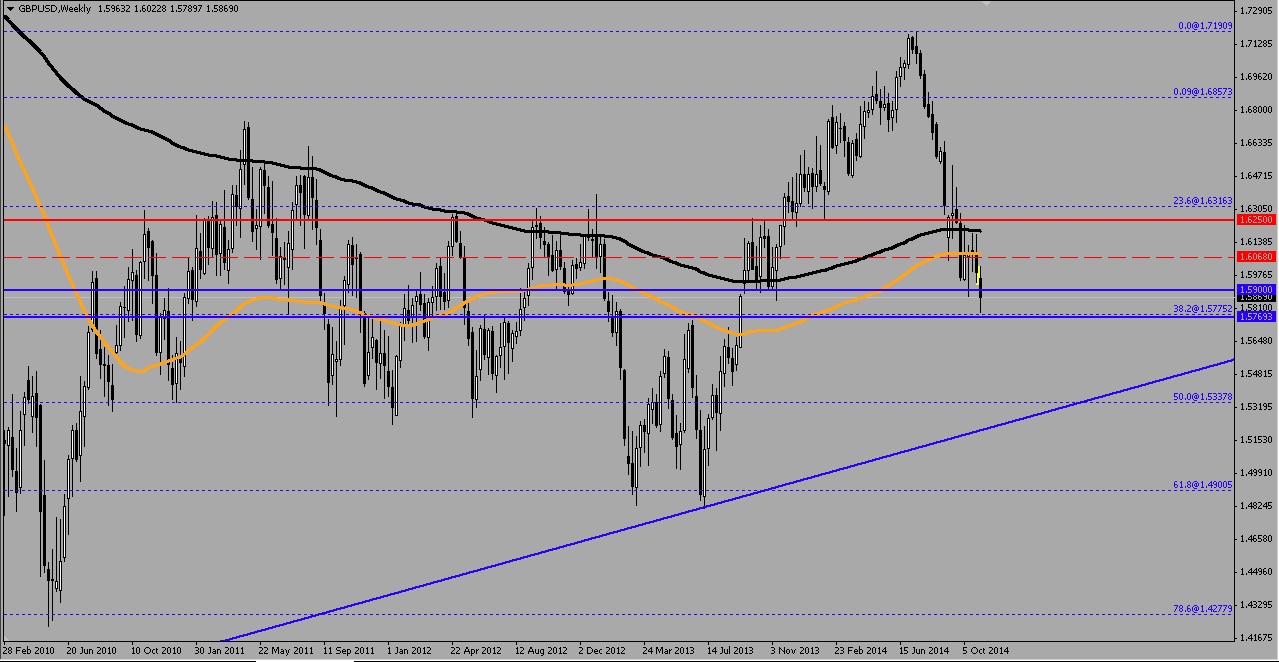 1.578 was the lowest Cable slid to for the previous week as the support proved too strong, with the closing price above the 38.2% of the Fibonacci uptrend Expansion 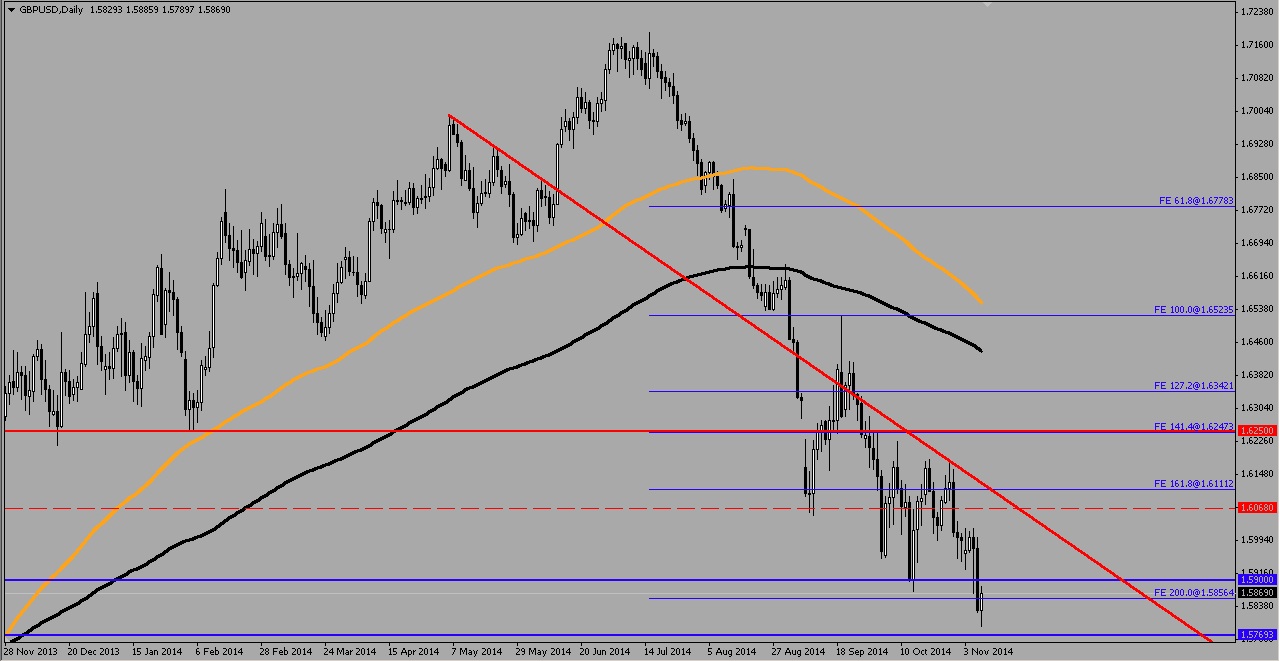 Observing the downtrend resistance line in red, the overall trend remains bearish below 1.5856 support and could become the coming week’s resistance. 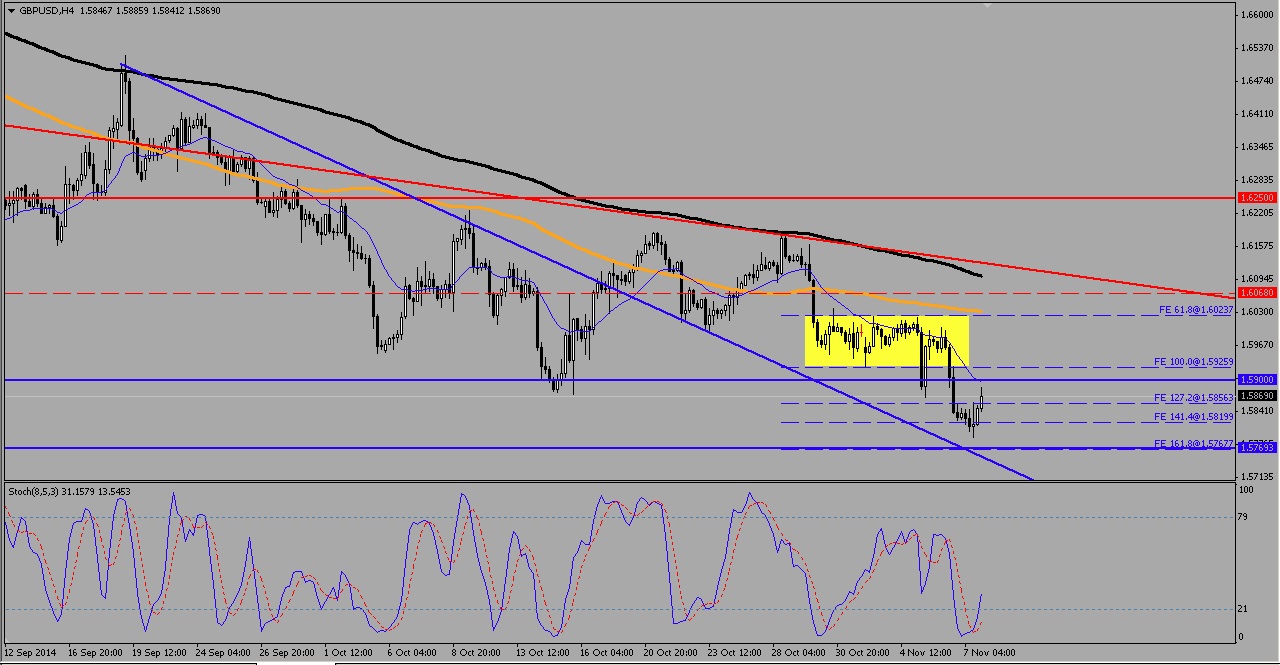 Short term support at 1.582 could give rise to retest of 1.5900, which if broken, could see the Pound trade back into the consolidation region marked in yellow. Market currently shows oversold status and buying sentiment may re-emerge

Federal Reserve Chair Janet Yellen said “Central banks need to be prepared to employ all available tools, including unconventional policies, to support economic growth and reach their inflation targets,” in her text that was delivered on Saturday at a Bank of France event in Paris. The Bank of England is clearly biding its time on the possible rate revisions even as employment has improved but manufacturing growth has declined. Pound trades on the downtrend after breaking below 1.5900 support as 1.6023 resistance this week failed to breakthrough after much consolidation in the beginning of the week.

Falling below 1.582 will likely see 1.577 support retested, before the supporting trendline in blue is retested at 1.567, the 200% of the Fibonacci downtrend Expansion. The breakthrough of the previous week’s resistance 1.602 will see 1.606 resistance initially tested, with a clear break upwards of 1.616 towards the major resistance at 1.6250