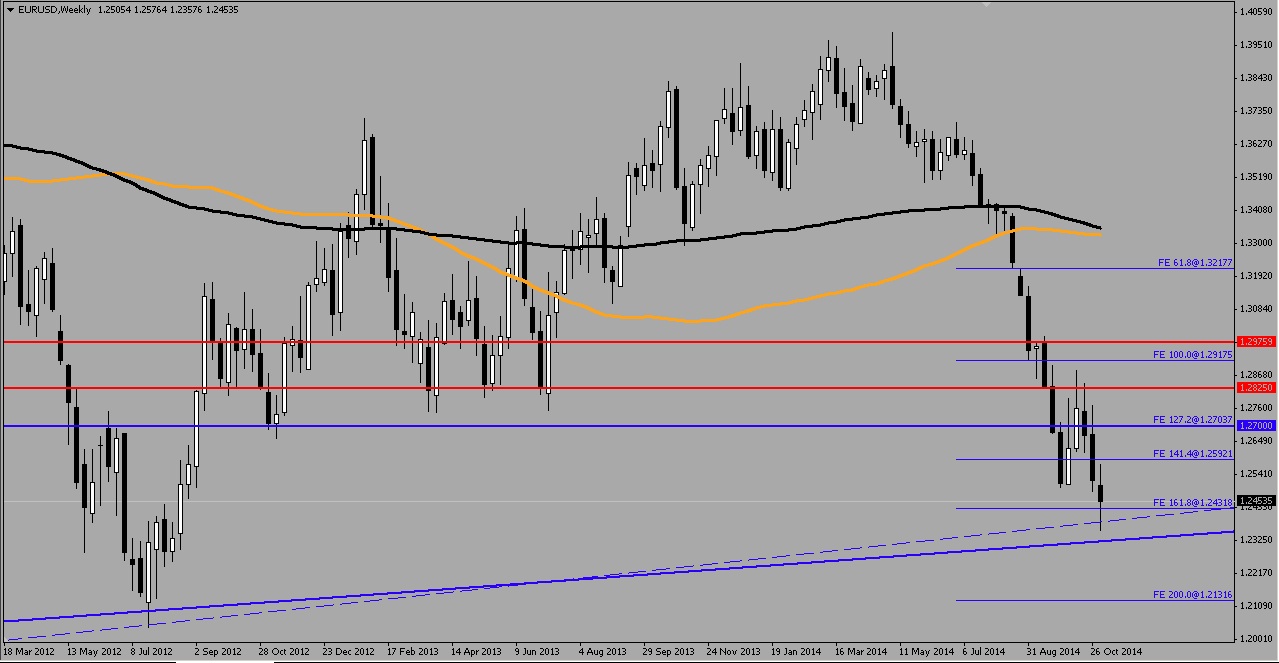 The Euro closed a bearish week just above the 1.243 price level respecting the supporting uptrend line for the weekly charts, the rebound due to a bearish Dollar in the wake of a weaker NFP 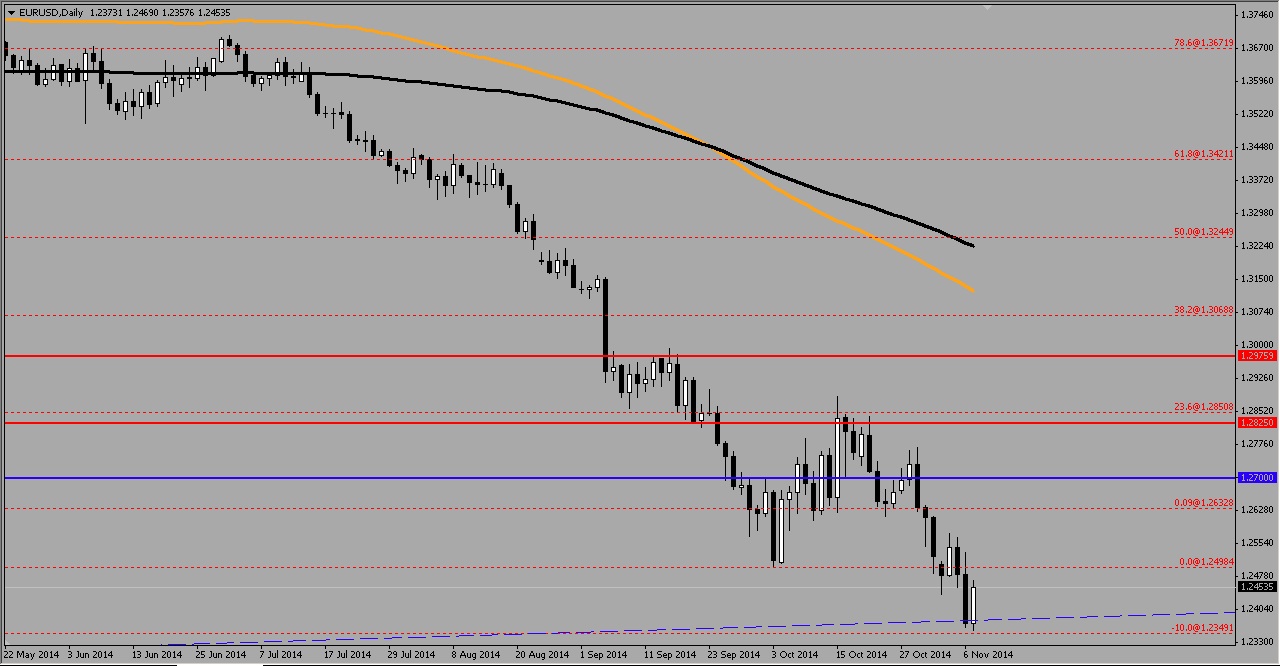 The downtrend Fibonacci retracement -10.0% saw EUR/USD trade on the reverse once 1.235 range was contested, as the last trading day of last week ended bullish 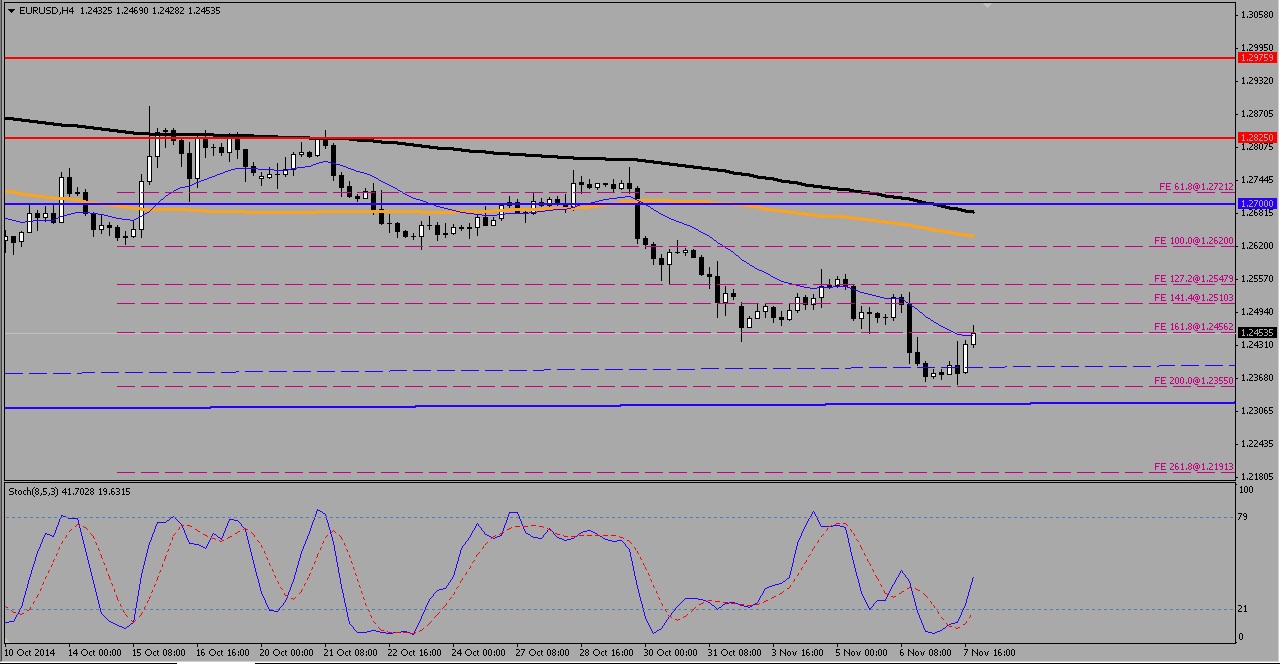 1.245 was previously tested twice as support in October, and the H4 candle closed just below the 161.8% of the downtrend Fibonacci Expansion.

The European Central Bank’s dovish policy statement on Thursday drove the Euro weaker against the Yen and Dollar but the week’s lowest at 1.2355 was supported. The jobs report on Friday showed companies hired fewer workers than forecast, despite the jobless rate dropping to a six-year low. The greenback fell against the Euro towards the support of early October. Breaking above the 20SMA on the H4 chart will likely imply a bullish trend similar to the October 15th breakthrough which saw EUR/USD attain 1.2870. Resistance this week at 1.25-1.255 will likely extend drops towards 1.2355 and breaking the trendline on the monthly charts towards 1.22 support.

This week’s likely fundamental impacts are coming from the CPI month on month changes as well as GDP out of France and Germany, which technical traders are bound to look for intraday entries before Thursday’s data release to close their positions.