The previous weekly candle gapped lower from the doji a week before, and traded close to 0.85, the lowest in 4 years, before ending slightly higher 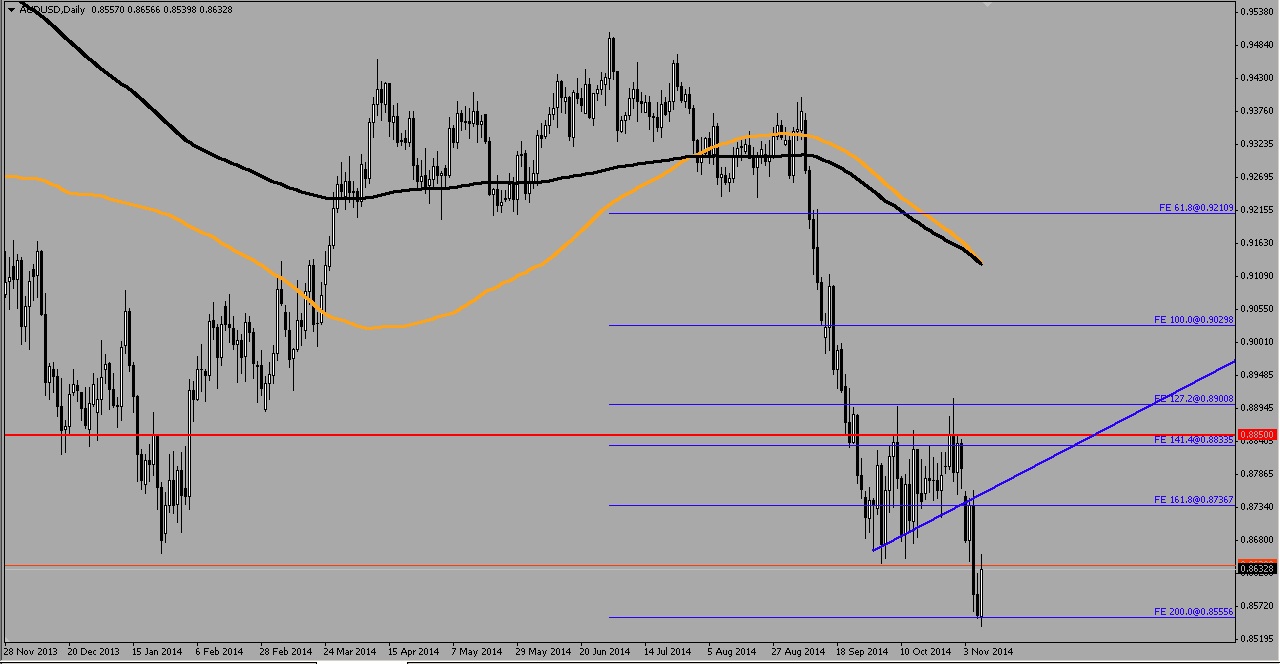 Daily charts show the moving averages converge to dip lower, while the uptrend blue line has been broken. Prices saw support 200% of the Fibonacci downtrend expansion and rebounded on Friday from 0.855 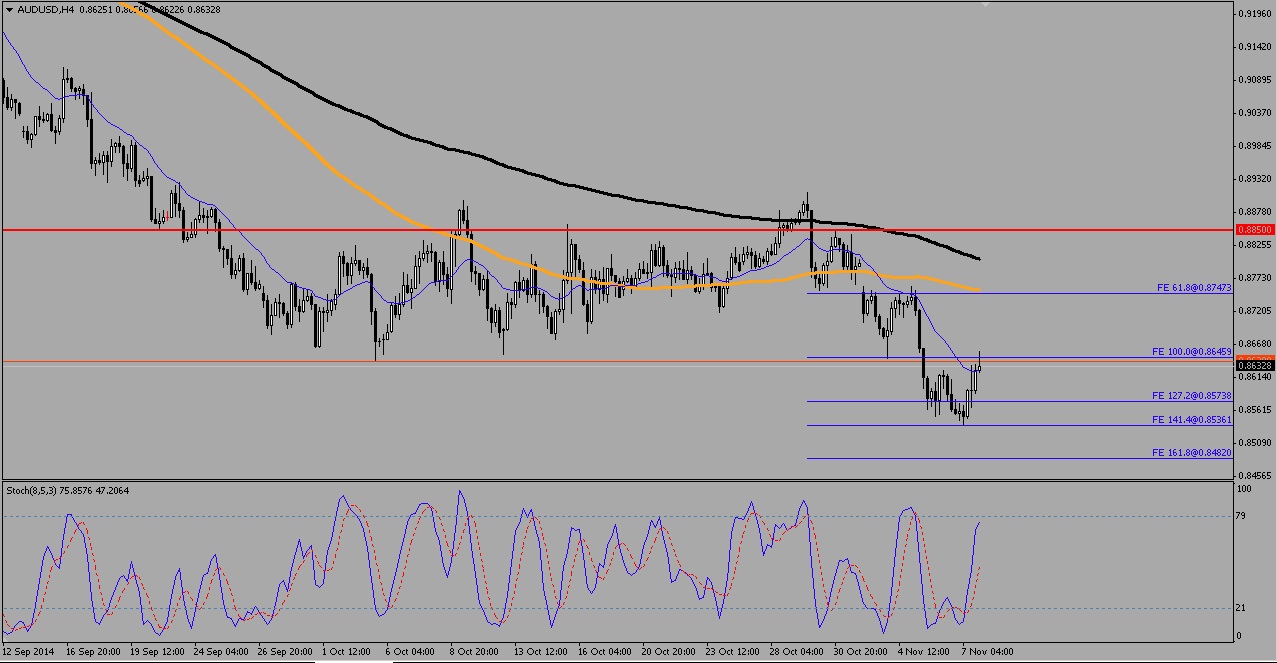 Candles closed just above the 20 SMA before the markets closed last week, just below the 0.8645 previous support seen in early October.

The Australian dollar ends the week just below the support of early October, as the fall towards 0.85 subsided just before 0.8536 support was breached, at the 141.4% of the Fibonacci downtrend expansion. China CPI month on month and Australian home loans data early this week looks to maintain subdued and lower rates for AUD/USD looks to resume. A resistance at the 0.8645 level sees potential for further slides towards 0.8500, 0.848. Breaking above, the 0.874 price level happening after the gap could be re-attained to challenge 0.885 resistance as marked by the red line.