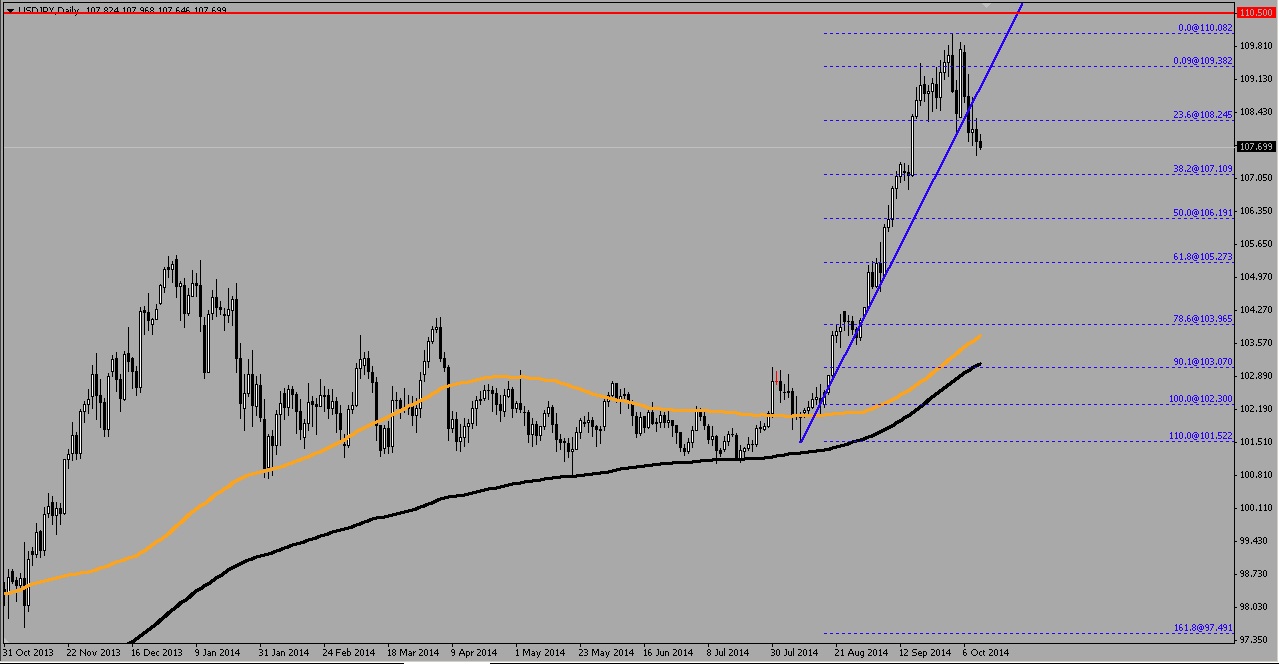 A retracement of the uptrend towards 107.1 would likely see the pair consolidate as per the 14-16 Sept before possibly rising again

107.3-107 remains the zone of the last support seen in Sept before the rally of the strong USD brought the pair towards 109 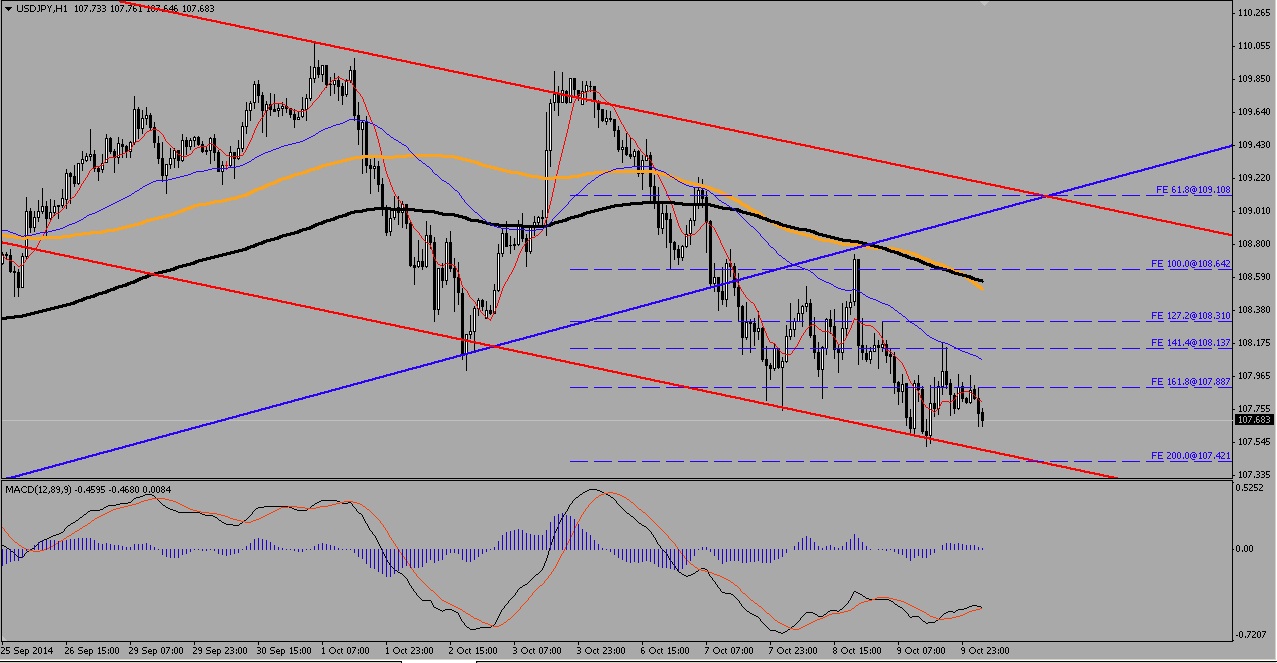 The hourly charts shows a clear bearish trend as the downtrend is formed by lower highs and lower lows. Traditional MACD backs it up as well.

U.S Federal Reserve officials insist that how economic data evolves, rather than the date on the calendar, will determine the outlook for interest rates. They are nevertheless offering various views on the probable timing of the first increase since 2006.

The lack of clarity swung traders clear of over-optimism on the U.S dollar as they continued to position their accounts for other safer haven bets, which drove the Yen to a 4 day high agains the dollar, and also kept demand for gold incoming.