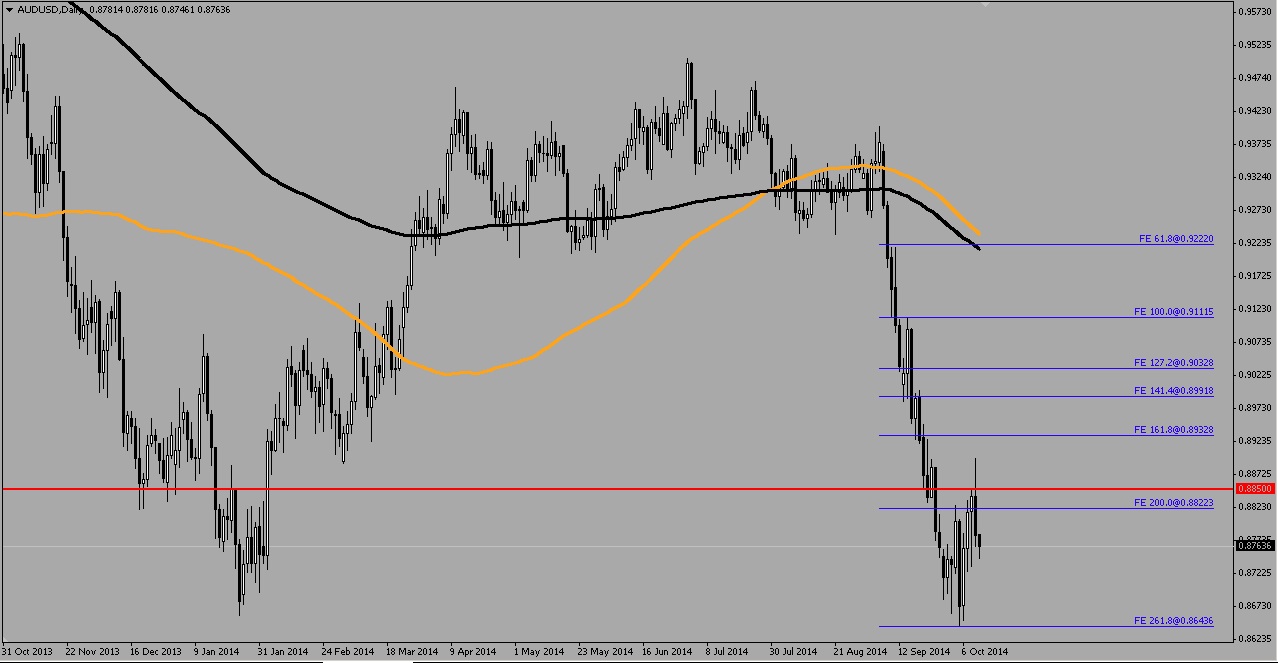 AUD/USD scraped the ceiling at 0.89 which was last seen on 23 Sept before profit taking and USD strength saw it return to support of 8 Oct 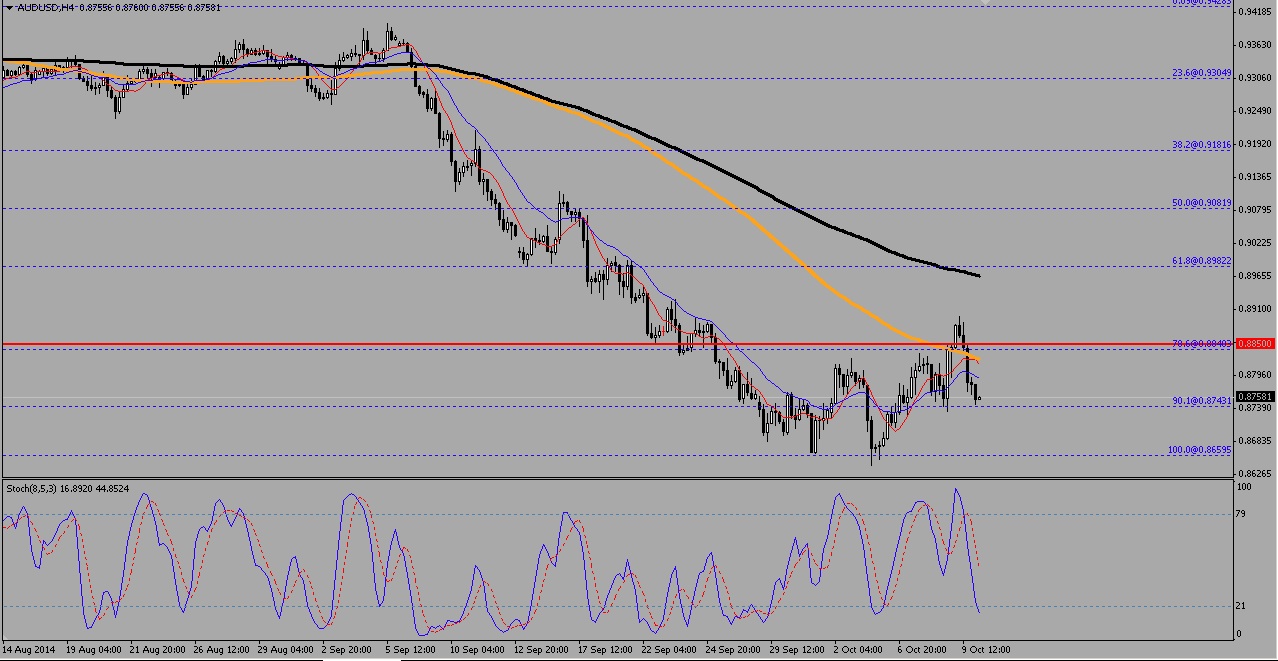 Supported by 0.874 we will start to observe a higher lows – higher highs formation 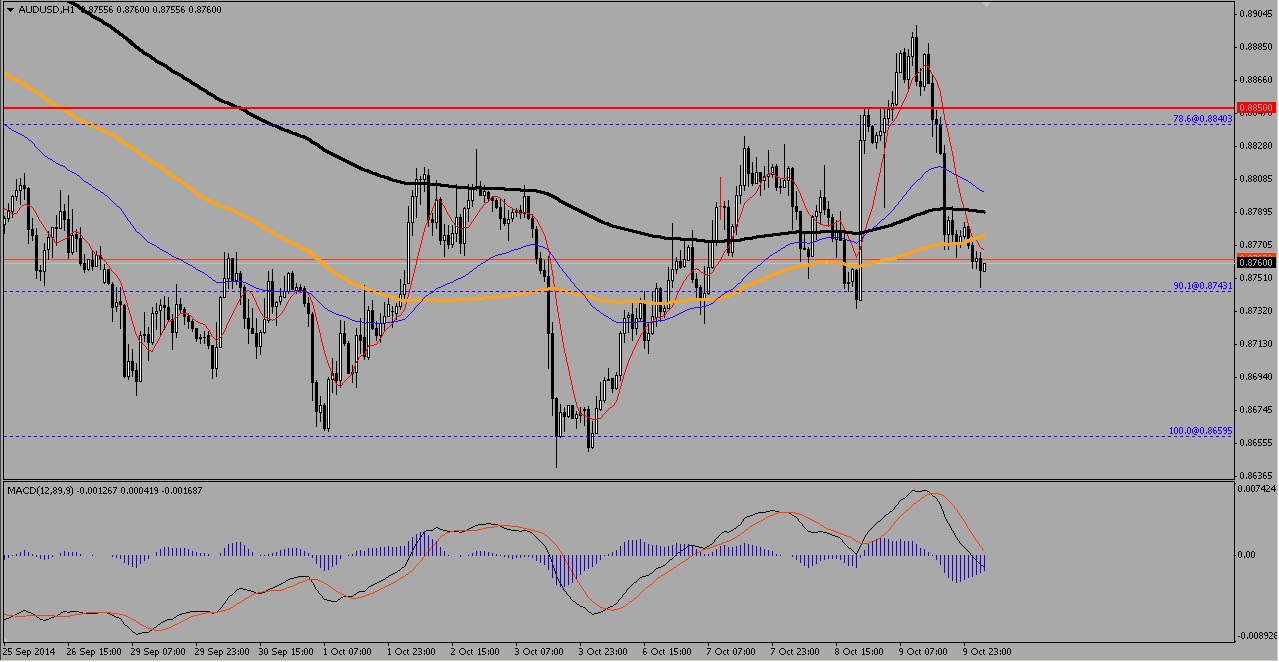 Australian dollar’s gain was limited towards 0.89 as it quickly became overbought as the sentiment for the Aussie dollar remains bearish due to the RBA’s evaluation. Support at 0.874 yet again for the third time this week will see challenge towards 0.885 – 0.89 again as the trading week comes to a close.

Home loans month on month fell by 0.9%, doing little to affect the currency, so did the employment changes figures which was lower than estimated. The jobs creation figures reported yesterday were adjudged to be too volatile and discarded as reference as the Australian Bureau of Statistics blamed the lack of understanding in some job sectors, budget cuts and lack of survey procedure could have contributed to inaccurate data. The ABS is still currently without a Chief Statistician as labour unions are warning that this and other budget cuts might affect the reputation of the agency.