The Yen has been on a dip against other majors this week and there are strong possibilities that this will continue. How long will the USDJPY bull last before the larger bearish correction resumes?. We try to make a forecast to what could happen next based on 10 March daily USDJPY Elliott wave analysis.

10 March, AtoZForex - Earlier this week, we did an update on USDJPY identifying a triangle pattern as part of a large double zigzag correction downside. Price was expected to stay below 114.8 to validate the triangle. Though this same pattern appeared in CADJPY few weeks back and price did move downside but in this case, was violated. What could be the reason for that?. Technically, there is no reason. There is no reason a technical analysis wins or loses, they just do. The good thing is that, in technical analysis especially Elliott wave methodology, a practitioner knows where his forecast/analysis/setup is wrong. Isn't it cool to know where you are wrong before you are wrong? 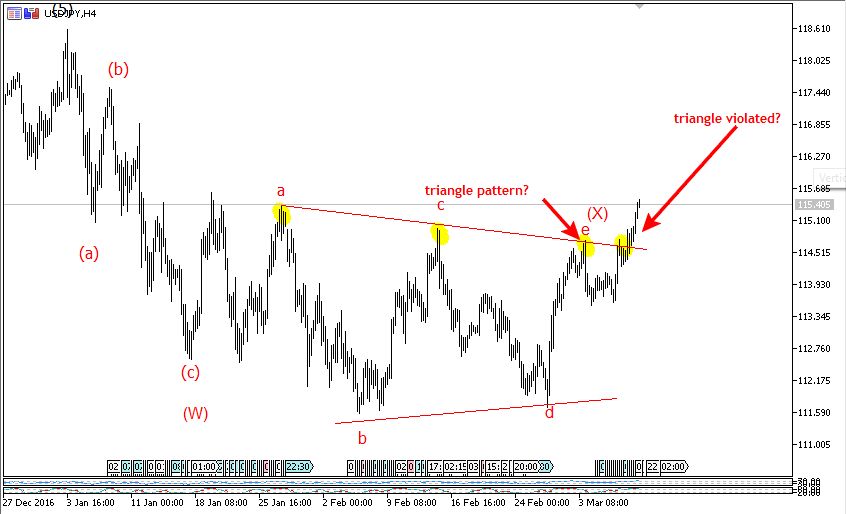 The chart above shows how price violated the triangle pattern. A breakout is often good for a good triangle trade setup. With this violation, we can take an alternative view as we earlier noted.

The chart below shows the alternative view which will now be preferred as price violated the triangle pattern. 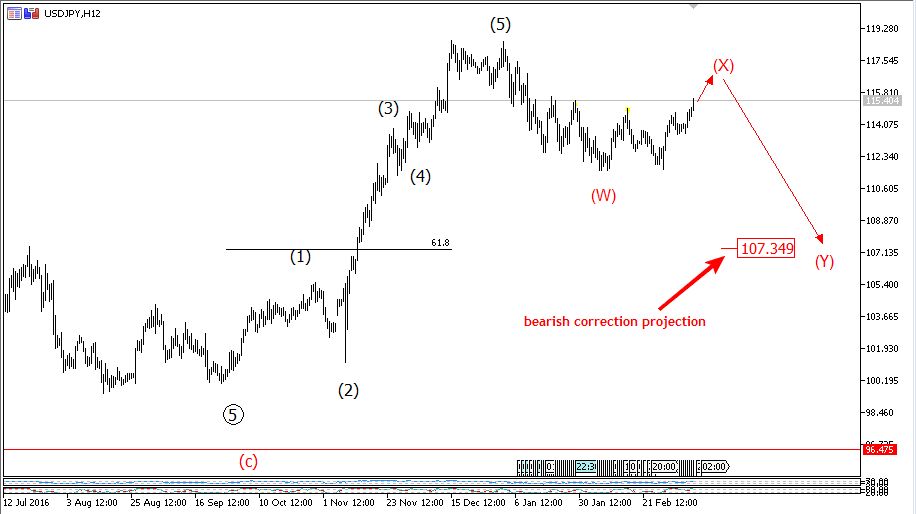 This shows a higher wave (X) correction than the sideway triangle. The present rally could continue to 116-117 before getting exhausted. From the end of wave 5 in December 2016/January 2017, there has been real corrective moves with zigzag sub-waves. This is an evidence that price is still in a correction. The chart below shows the sub-wave of the corrections.

Price is moving in zigzags. More rally is expected toward 116-117 even as we have NFP today. From 116-117, we could see wild bearish move downside. That could be the level the bears are waiting for to take over. Activities of demand and supply are shown on the charts and can be read. They exist in patterns that are recognizable. We will see how events turn out in the coming weeks.