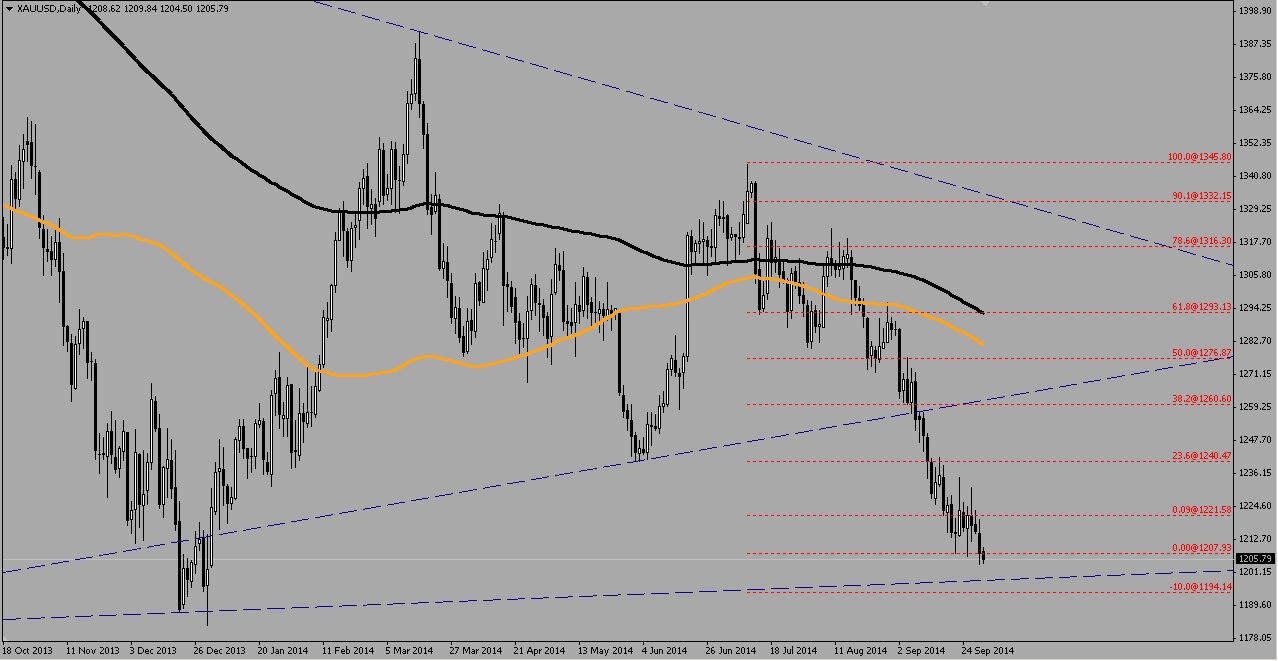 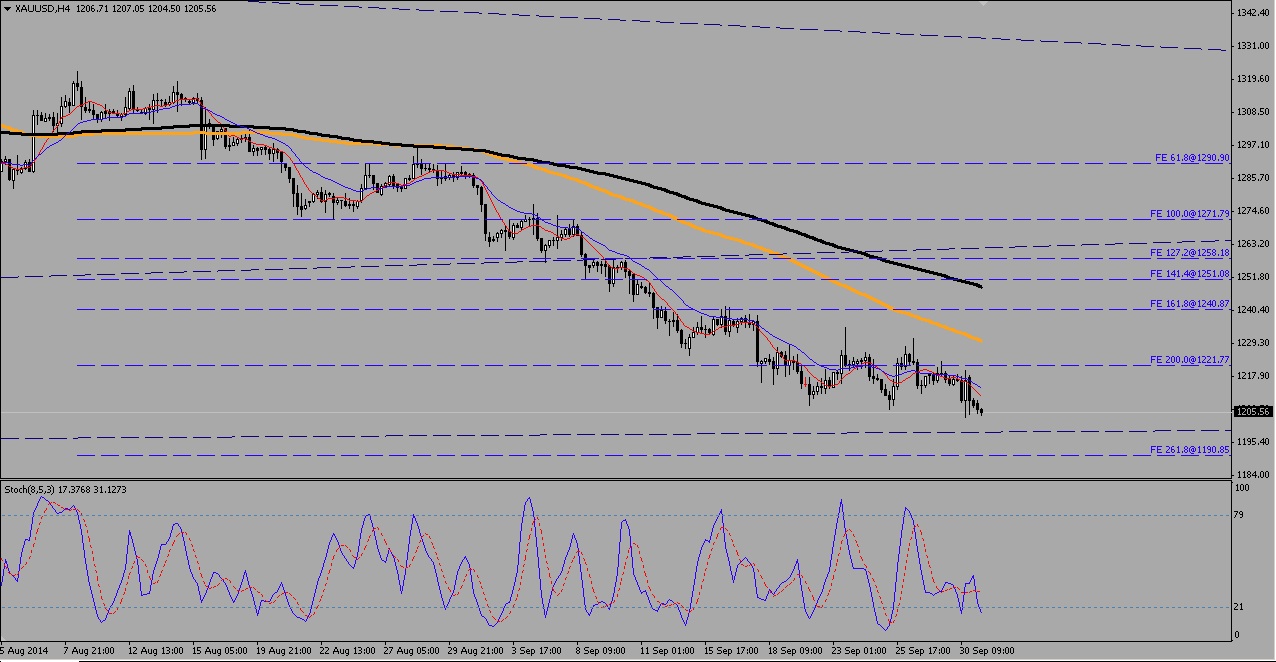 1208 support was tested 3 times and broke on the H4 charts and looks likely to fall towards 1200-1190 range before next retracement. 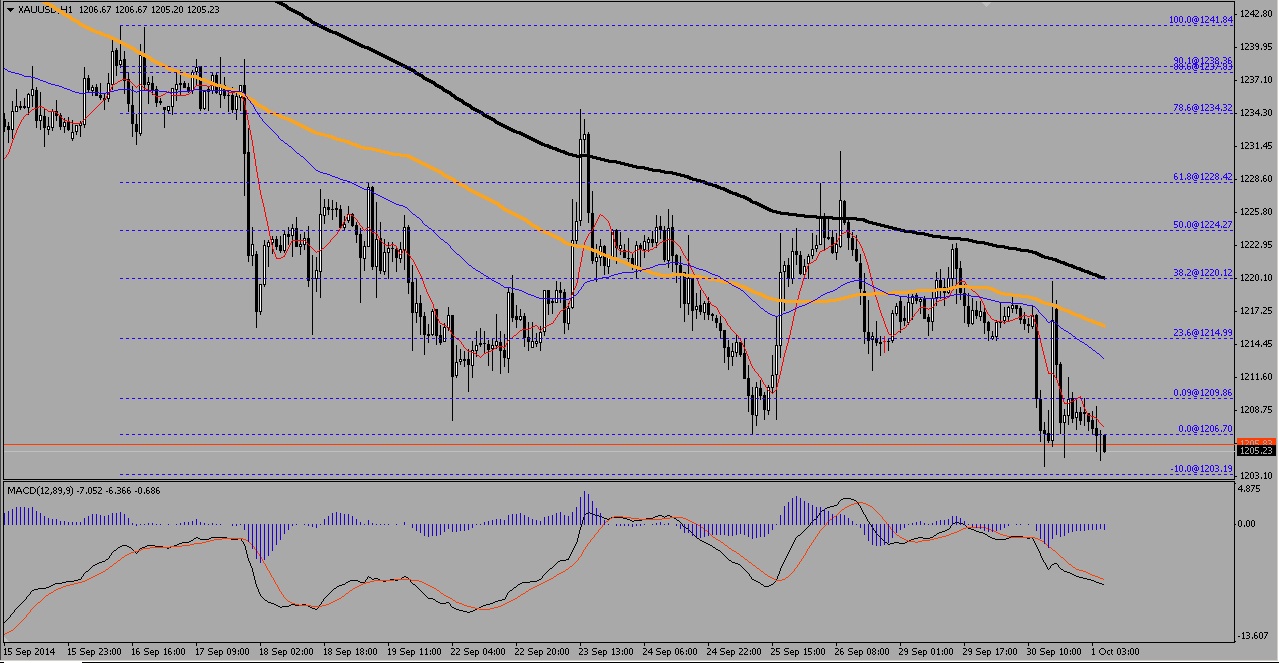 Intraday traders may look to the end of the retracement and should support at 1203 hold, a return to 1208, 1215 is likely

Expanding surpluses, decrease in China’s production and coupled with the strengthening U.S dollar are all cumulative in what caused investors to bet that commodity prices have not reached its lowest yet. Gold fell below 1220 yesterday after being momentarily being supported at 1215 in the early trading session. The Fed’s positive outlook on interest rates also curbed interest and holding of Gold, while the drop in consumer confidence in the U.S failed to stem the fall of demand for the yellow metal.