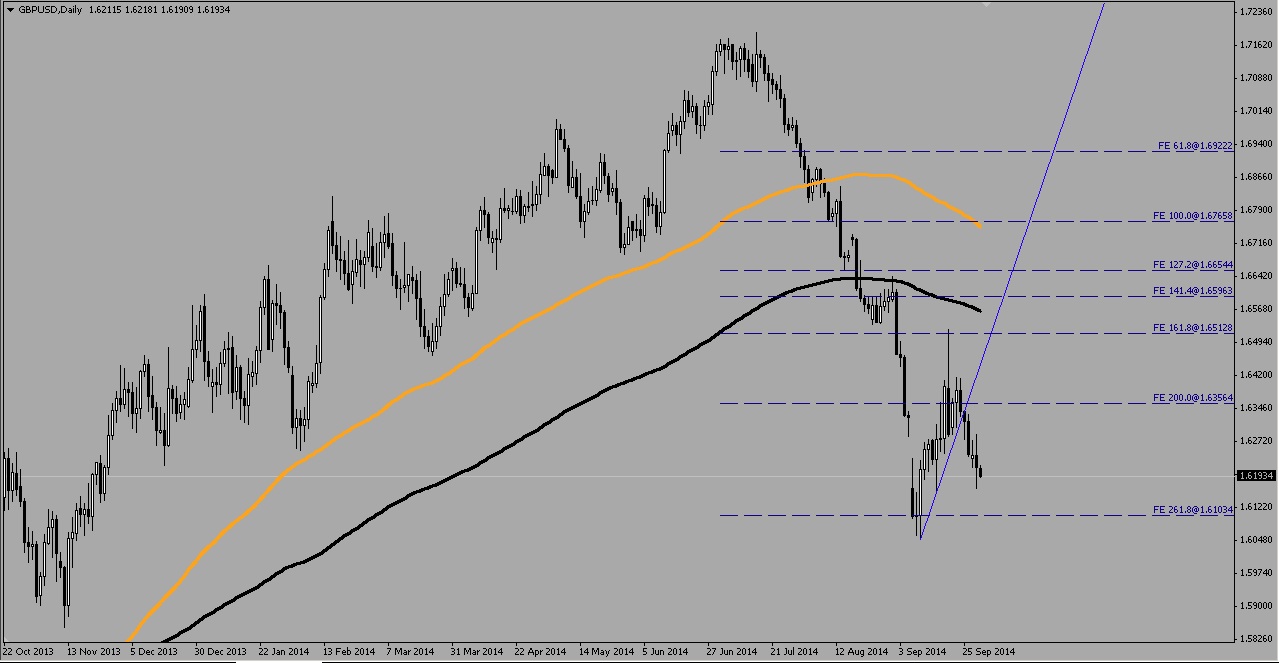 5 consecutive days of losses for the Pound against the U.S dollar as 1.62 comes into view from the previous high at 1.64 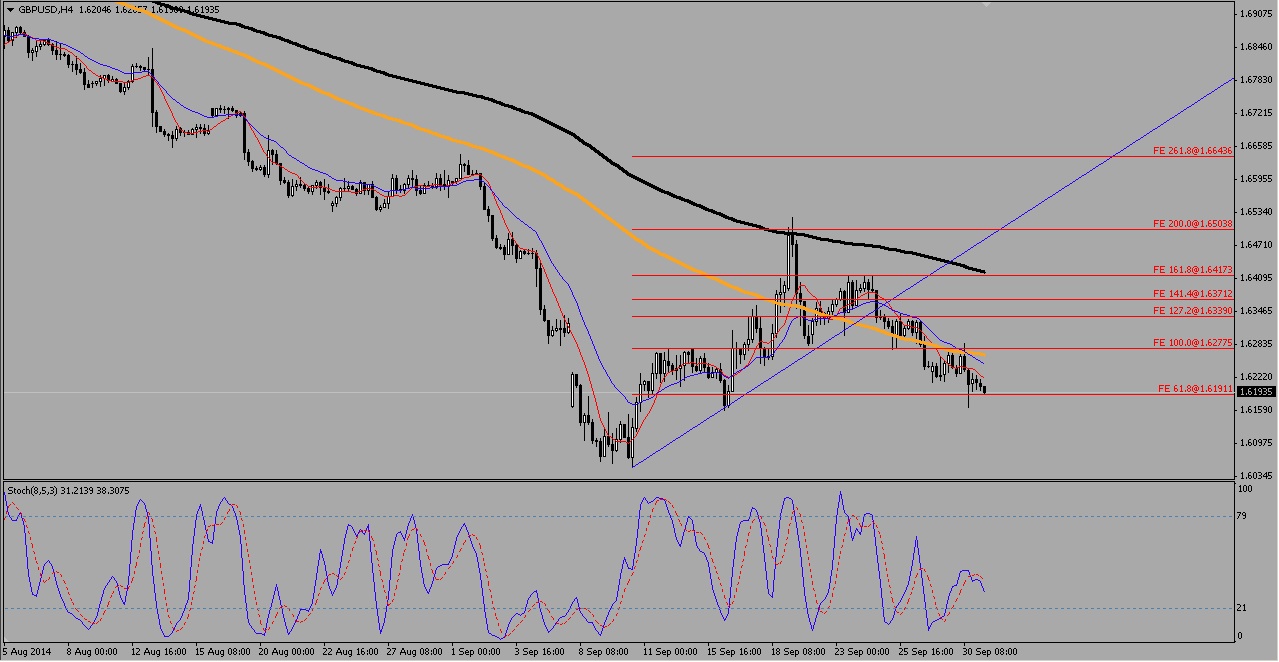 The lower highs have gained strength as the 1.6277 resistance yesterday held strong, with Stochastics showing no signs of oversold at the moment. 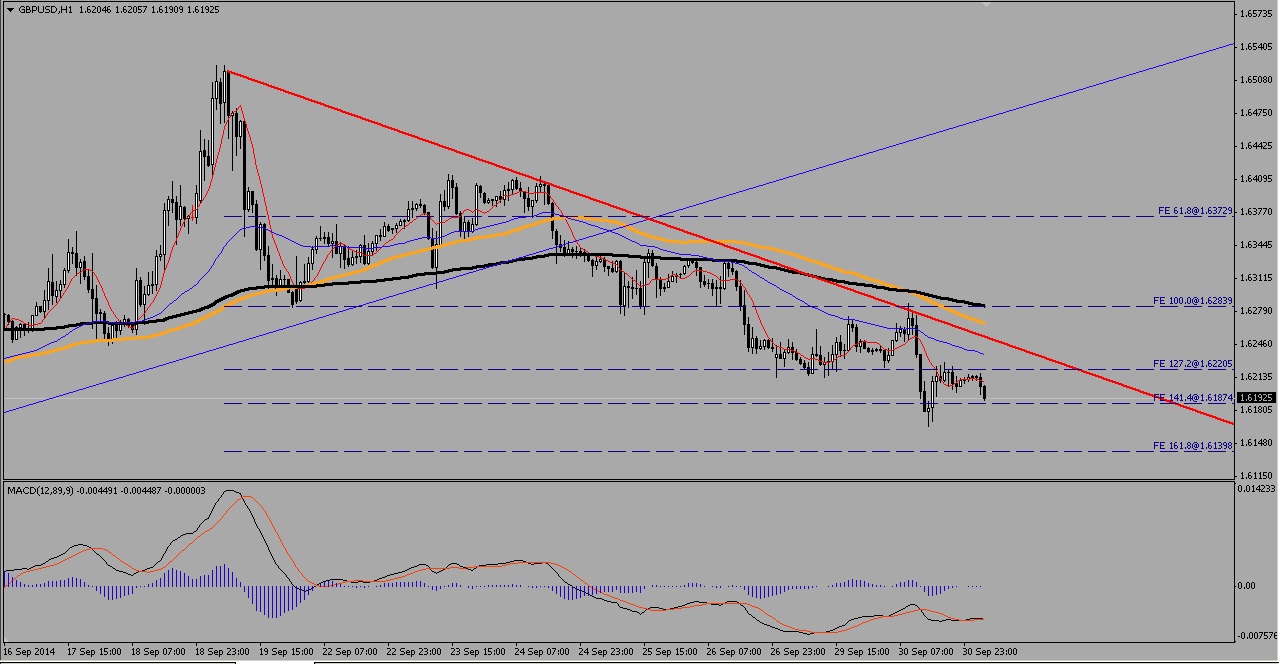 The downtrend line in red is now respected as resistance, with possible downward extensions towards 1.614

Technical indicators show a lack of volatility and signs of oversold as the Pound falls below supports one after the other after attaining the high of 1.64 last week. U.S dollar continues its rally against the major currencies in the world and albeit a blip in consumer confidence due to lack of optimism in the jobs market, the Pound was unable to sustain its rebound earlier in the day.

Plus500
Open live account Review
Tags Bank of England BOE Dollar GBP GBPUSD GBPUSD analysis GBPUSD forecast GBPUSD outlook GBPUSD Technical Analysis Mark Carney Pound sterling Sterling Pound USD
Disclaimer: The views and opinions expressed in this article are solely those of the author and do not reflect the official policy or position of AtoZ Markets.com, nor should they be attributed to AtoZMarkets.