Ethereum seems to be heading to the lower prices than $1000 as the bearish market persists. Read the 1 February Ethereum price prediction  below to know our next ETHUSD technical forecast.

01 February, AtoZForex  -  It looks as if Ethereum was made to go upside but for the very strong bearish Cryptocurrency market. Despite the current bearish wave, Ether was among the coins that made a bit significant move in the past week. Generally, the Crypto market continues bearish as total market cap drops continuously. ETH is not expected to act otherwise and so the bearish move.

Besides all that I wrote above, price activities on ETHUSD chart suggested price dropping below $1000 and maybe $600 before the next rally happens. In the last update, we had the chart below. 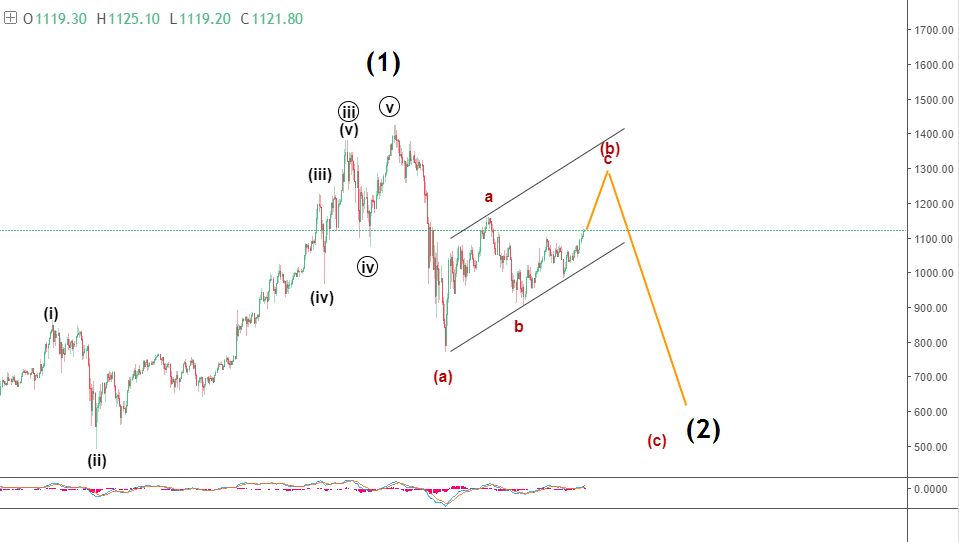 Price is still in a corrective state – wave 2. It’s heading up to probably complete wave c of (b) of 2. February is looking bearish if price follows this path. A rally to $1300 could be followed by a bearish move to $600 as the Crypto market remains in the red zone. Unless price breaks above $1500, the bears could still dominate for  at least the first half of February.

Before the last update where we suggested price pointing upside, we had suggested in the previous update that a 3-wave bullish corrective swing was near. I believe that Cryptos are in the corrective stage - one typical of wave 2 which are often deeper than wave 4. Thus, a 3-wave corrective wave (b) was expected to $1250-$1300 before price drops far below $1000.

Price has moved almost exactly - rallied to $1260 and dropped back to $1000. Will there be a strong bearish penetration below $1000 in the coming days? 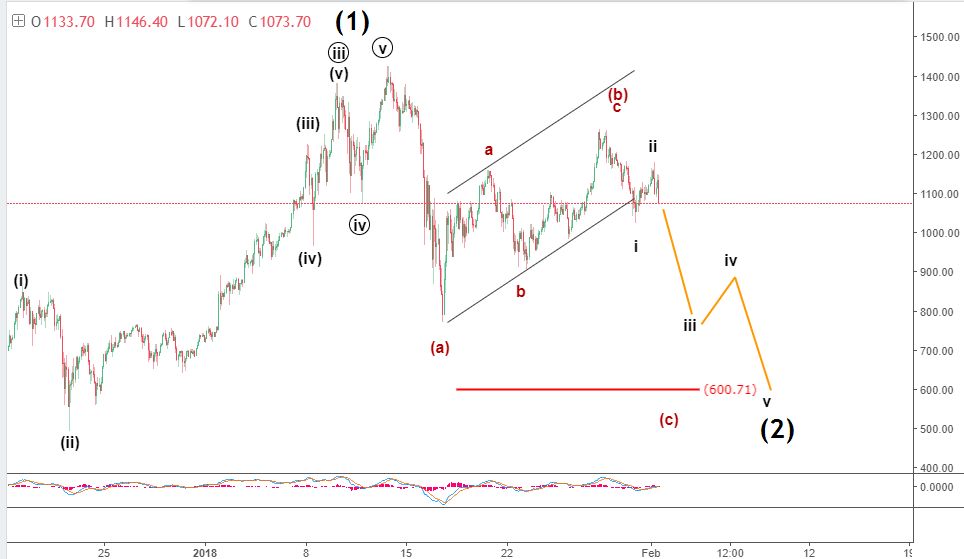