01 February, AtoZForex  – Bitcoin Cash (BCH) is a hard fork of the Bitcoin. The debate concerning Bitcoin scalability led to the hard fork on August 1, 2017, which resulted in the creation of a new blockchain. In December 2017, BCH peaked above $4000. Currently, the price is about $1300 – a 68% loss of value. The southward move in BCH follows the general bearish Crypto market that started last December. Last year was very bullish for the market especially in the second half. Most of the coins have lost a significant fraction of the gains recorded last year. Technically, where could BCHUSD return upside?.

In the last update, we saw how price completed a triangle pattern waiting for a breakout. Triangle patterns often precede strong moves. 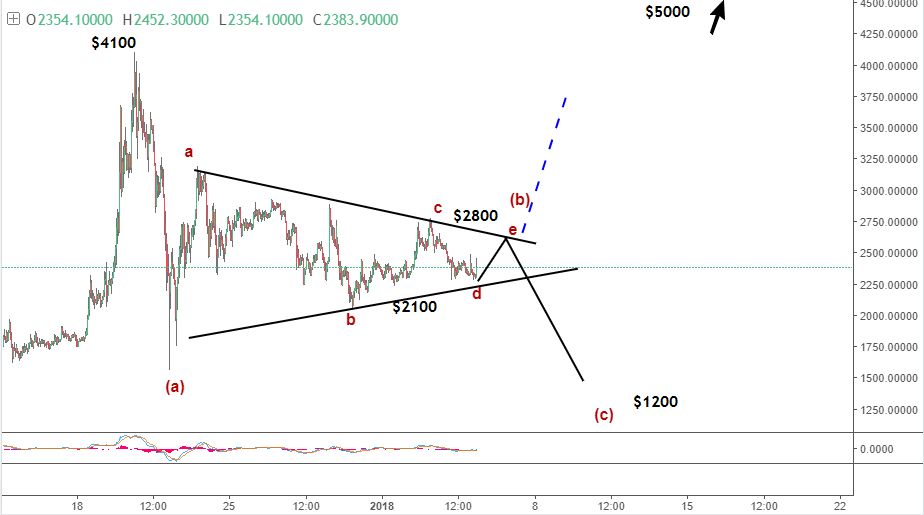 A triangle pattern is about completing. The general trend is upside while the smaller trend is downside. Triangle patterns are often continuation patterns which means price could breakout in the direction of the current predominant trend. A break downside is possible to $1200 if drops further below $2100 after completing the last leg wave e at around $2600. A breaks upside is also likely considering what happened to Ripple and Ethereum after similar pattern emerged. A break above $2700-$2800 could confirm this and price surging to $5000 or more.

The breakout happened downside which was the more likely. Triangles are continuation pattern that continue in the direction of the current trend (minor or major). Since the breakout, price has gone so low and now close to $1200 target. What should we expect next? 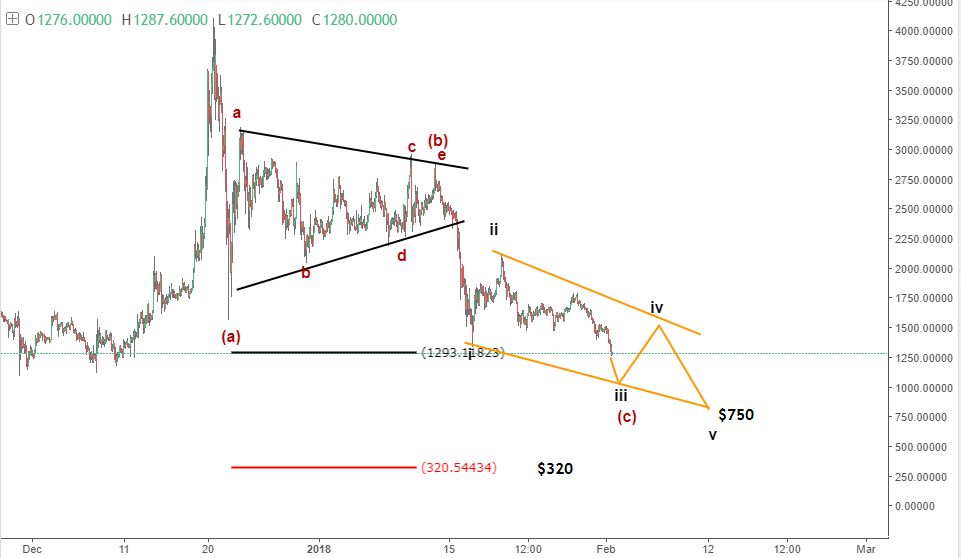 Two targets come to mind downside – $750 and $320. A five wave dip is expected from the triangle breakout. If price completes a diagonal as shown above, the dip could be limited at $750, otherwise a 5-wave dip to $320 is very likely. Unless price breaks above $1750, the bearish move should still continue. Stay tuned for the next update.