EURAUD had a moment of excitement last week with 200 pip bullish daily move (on 3 February) in response to RBA’s announcement on its decision to lower the cash rate by 25 basis points to a minimum low of 2.25%, having held the rate unchanged for the previous 18 months. Price fluttered around 1.4820 (Fibonacci 61.8%) mark for a while and has gradually settled back at the level it was languishing at before the RBA announcement. The pair is now ranging at 1.45130 which falls just on Fibonacci 38.2% level, but with conflicting indications from the 50 and 200 SMAs as to where it is headed on the H1 chart.

Glen Stevens of RBA is planned to give a speech again on the 9th of February. A week after the RBA’s rate cut, Mr. Stevens could share more information on hints he gave last week that he would like to see the cash rate come down still further. 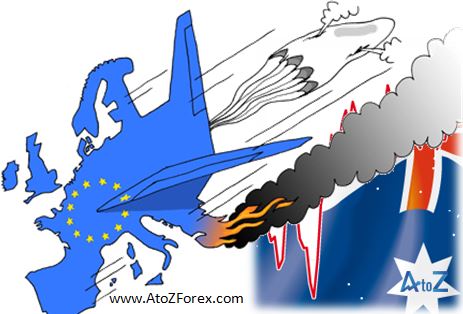 The main point here investors will be looking for is why he would like to see cash rates still come down? Thus, investors will be expecting him to share his opinion on what the effects of last week’s announcement and plans for the medium to short term future. Whilst Mr. Steven could cause some more volatility for the AUD crosses, investors will also be watching for the Australian employment data which is due on Thursday. The data is expected to disclose December figures reversion to 6.2% from the 6.1% reported. As the SMAs on the H1 chart show contradictory directions it may be that, notwithstanding a spike on the release of the RBA news, price once again ends up at the Resistance (and Fibonacci 38.2%) level at 1.45130.

Meanwhile on Euro side, back in Brussels battlefield, Greek and European officials will once again be colliding on the subject of Greek austerity program. This is going to be yet another opportunity for Greece to push their debt restructuring ideas on Wednesday. This is also the day on which Greece’s bond waivers with the ECB expire. The fact that the other Euro zone members collectively, and especially Germany, do not intend to ease on Greece may be sufficient to reassure those who are holding Euro positions instability is going to be here for a little longer than we initially expected. Nevertheless, no one can guarantee the market sentiment nor the direction of the trend during these meetings. Additionally the German and Eurozone 2014 Q4 GDP announcements which are due to be release on the 12th of February could re-structure the market. 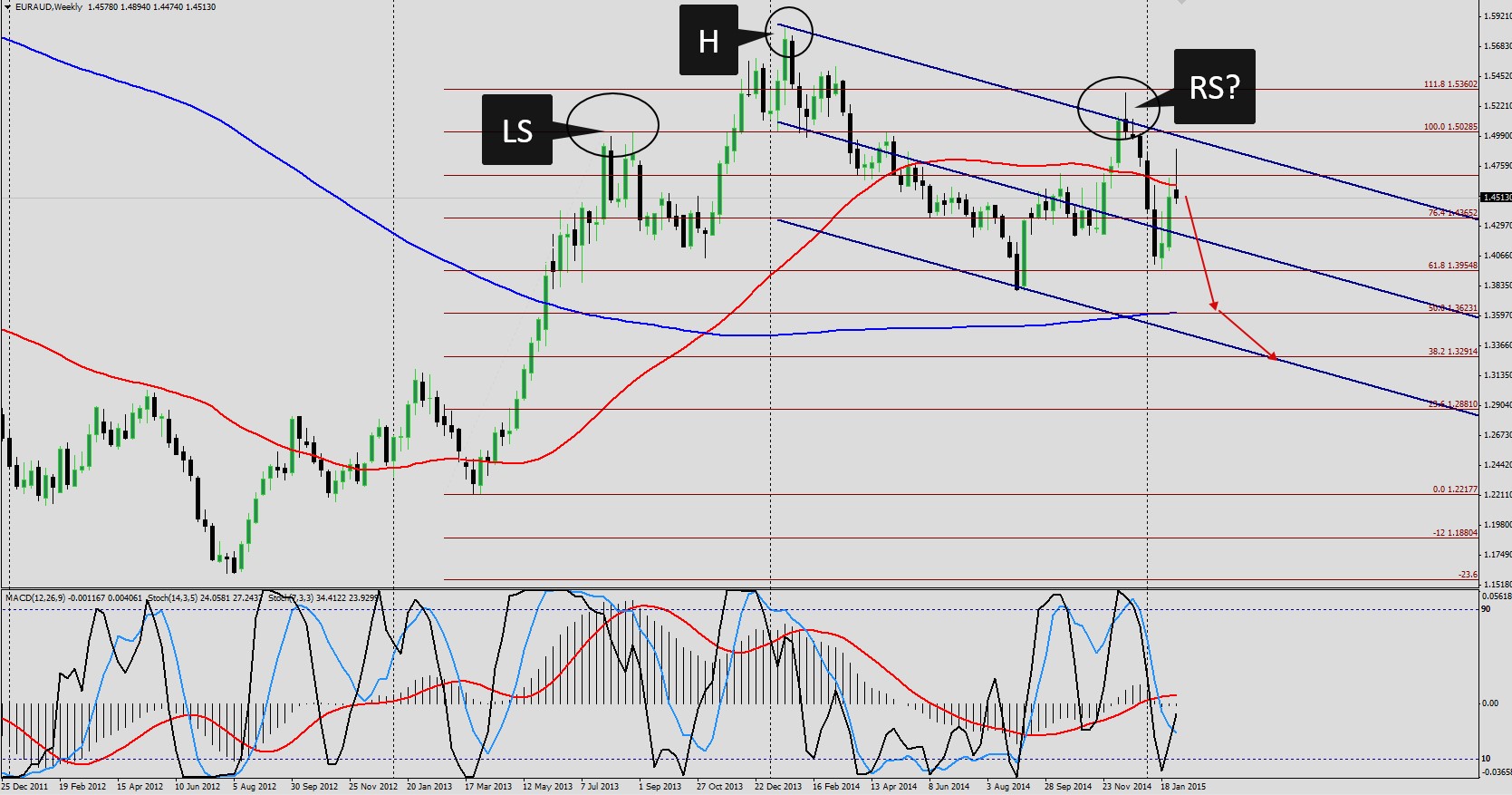 On technical side, the pair is also forming a head and shoulder pattern which is possibly going to push the pair further down. With all the trouble happening in Europe due to Greek struggle it is possible that we could see the pair testing the 200 week SMA as an initial target. The 200 weekly SMA level also happens to be the lower boundary of the linear regression channel and 50% weekly Fibonacci retracement level as well, however the main target will stand as 1.3300 level as per technical structure of H&S pattern

Looking overall at EURAUD Weekly Outlook, the market direction is ranging, with the SMA50 and SMA200 nearly flat on the Weekly and Daily charts, hugging the Fibonacci levels at 38.2% and 50%.

Levels to watch for:

This publication is meant solely for use by the recipient and it does not constitute a personal recommendation or take into account the particular investment objectives, financial situations, or needs of individuals. Before acting on any advice or recommendation in this publication, clients should consider whether it is suitable for their particular circumstances and, if necessary, seek professional advice.
Author does not take any responsibility, financial or otherwise, for any losses or damages that may be sustained due to the investments made or any action taken on the basis of this publication.