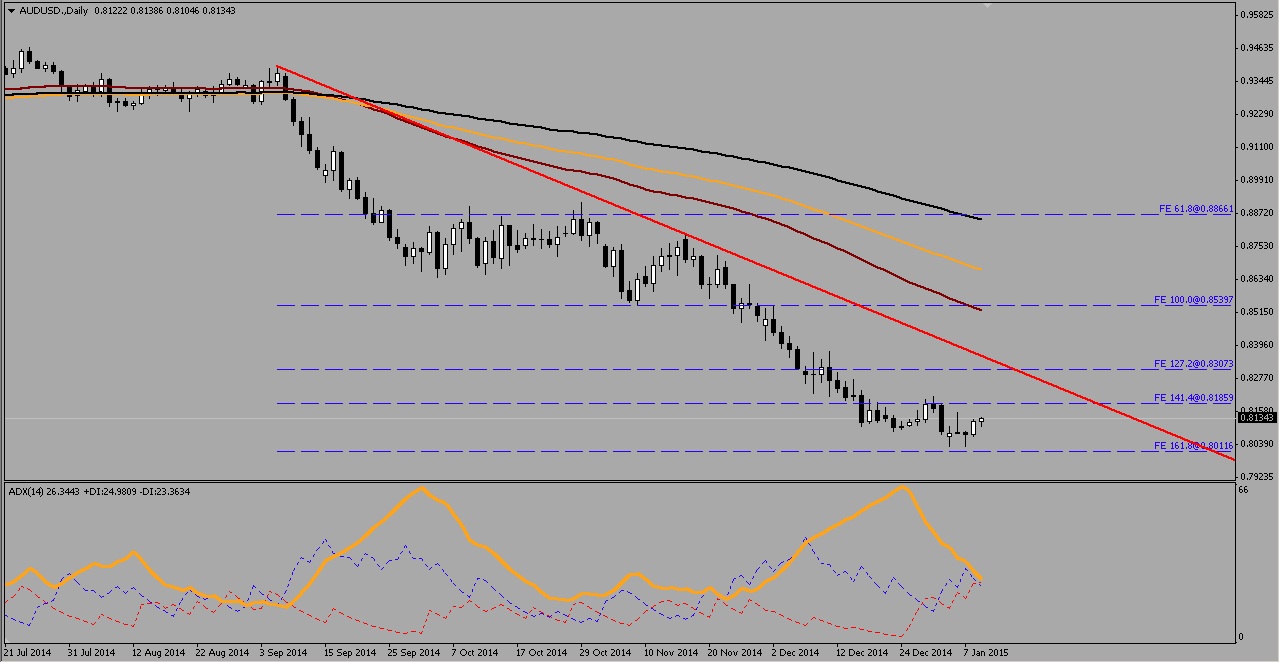 A potential double bottom forming for AUDUSD as support has been tested at 0.809 range and looks to reverse losses today. Candles stick exhaustions for the week so far has resulted in a bullish indication in the daily chart yesterday.

At time of writing, the Chinese CPI year on year attained estimates of 1.5% while PPI year on year fell by 3.3%, more than the expected 3.1%. Australian dollar has been oversold for sometime alongside the intentions of the RBA and the ADX has weakened for the bearish move since the turn of the year. A bullish breakthrough today at 0.815 could see the pair rise to previous high of 0.822 as the downtrend line on the daily chart is anticipated to be the next major resistance at 0.83-0.832. 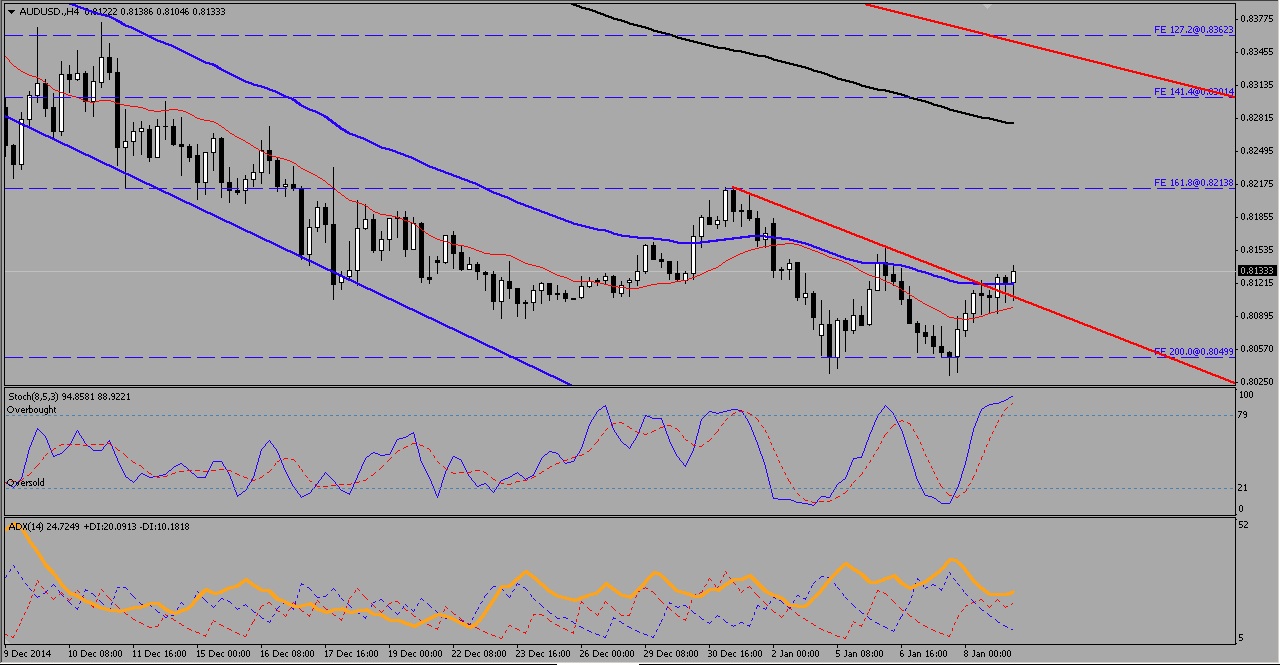 Though the downtrend line of lower highs have held firm since the last week of December 2014, a breakthrough of the 55EMA on the H4 charts suggests the correction is due, as the Stochastics have reversed and signalling the oversold conditions for the pair earlier this week. A retest of the 55EMA in blue and 20SMA in red could be a better entry for confirmation of the buy trade.

The lower than expected gain in retail sales month on month change did not push the bearish Australian dollar further, data release earlier today showed. It could be high time to buy on the correction of the pair, at least until the U.S Non Farm Payrolls data later today during the New York session, as the pair climbs and could result in more aggressive selling action should the U.S dollar positive sentiment strengthen before the close of the week. 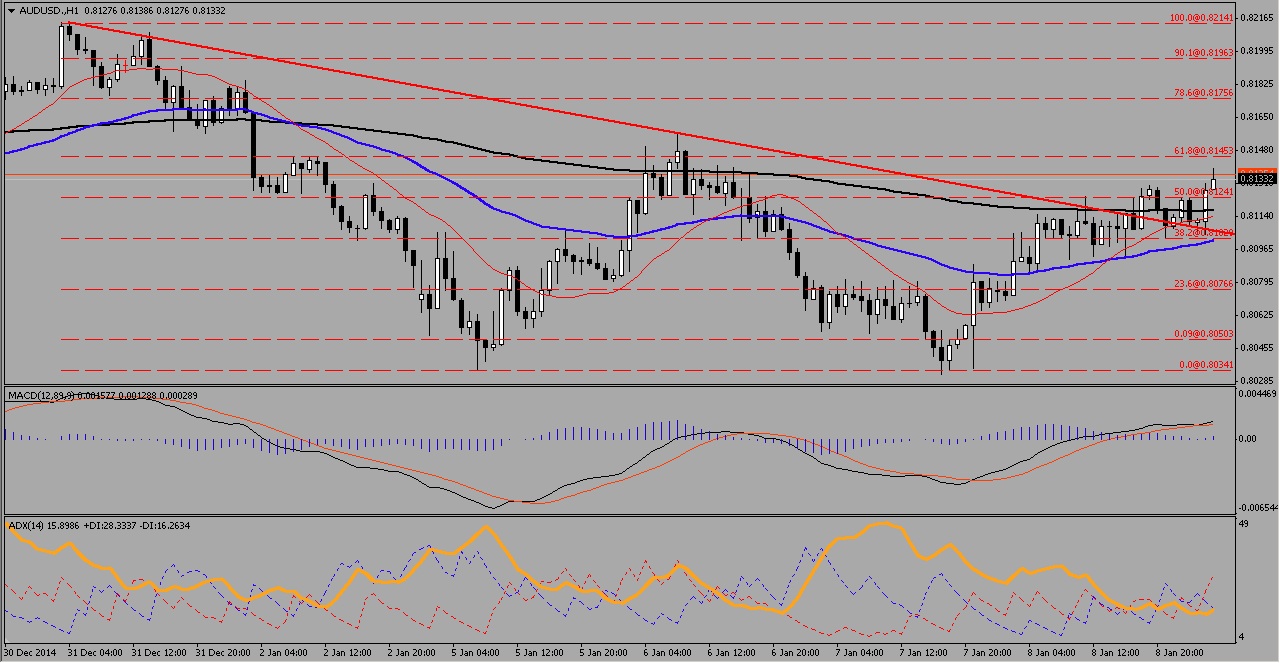 A breakthrough and support forming on the red downtrend line could give rise to a complete double bottom formation, breaking above 0.815 towards previous highs of 0.822 as the likely target. MACD above the zero level suggests intraday bullish trend, but be warned that the U.S Non Farm Payrolls data release later today could swing this entry.