The Bitcoin price surged to the all-time high of $7583.04 before the SegWit2x hard fork due on Nov 16. Here is the 06-12 November Technical Bitcoin Prediction.

On the other hand, investors might have transferred their funds from other cryptocurrencies to Bitcoin to obtain the SegWit2x tokens or B2X after the November 16 hard fork. So, chances of enormous sell-off after the hard fork is very high. Will Bitcoin price cross $8000.00 by the end of this week?

Considering the Bitcoin price hiked from $4,400 to $7,598 steadily without any minor correction in the past four weeks, which doesn’t sound healthy at the trading point of view. But, the Bitcoin price will continue to rise till the November 16 hard fork as the traders are waiting to obtain the SegWit2x token. 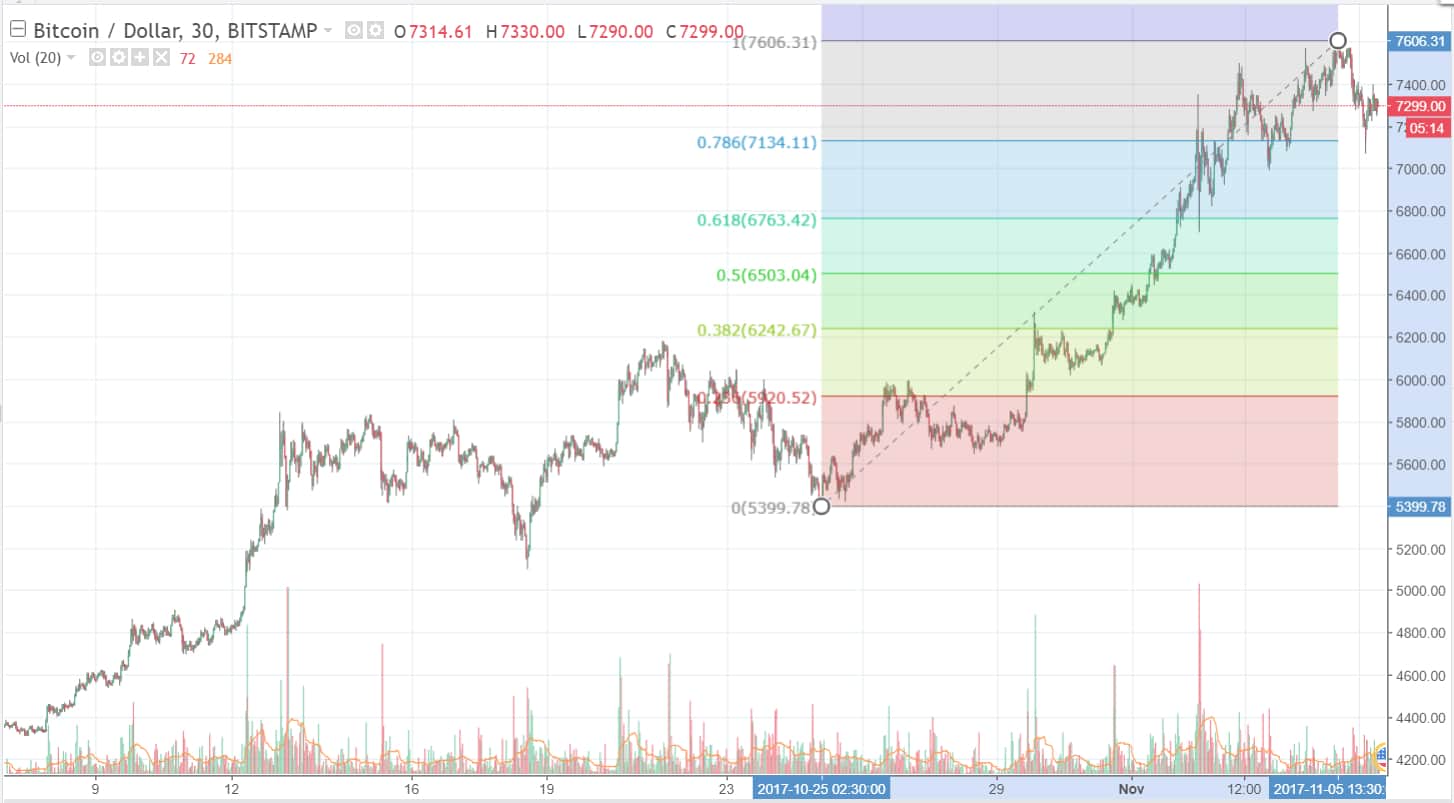 Also, according to charts, the Bitcoin might touch $8000 level by the end of this week. Also, the 100 SMA line above 200 SMA means the path of least resistance is the upside.

But according to Fibonacci retracement, the Bitcoin is trading above the golden ratio zone which means a considerable decline or sharp correction might possible. Investors should wait for the further revision. I see a buying opportunity at $6,242.67- $6763.42 level in the short term. Also, the further decline will break the Bitcoin price to below $5000 if the price won’t be able to sustain $6180 level in the short term.

The relative strength index(14) value is 79.835 which means Bitcoin is Overbought.

The CCI(14) valued at 208.34 which also signals Bitcoin get Overbought.

Moreover, according to ATR(14), the BTCUSD pair is highly volatile.

The Bitcoin has major support near $6180 level and resistance at $8039 level.

What do you think about the 06-12 November Bitcoin Technical Analysis? Let us know in the comment box below.