By declaring that the Euro area is not far off from deflation, the strongest hint of monetary stimulus in the form of large scale purchase of government bonds was signaled by ECB President Mario Draghi last Friday, implying his desire to act with vigour to stop the possibility from happening. EURUSD supported at psychological level last seen in 2010, trading towards 1.2000. 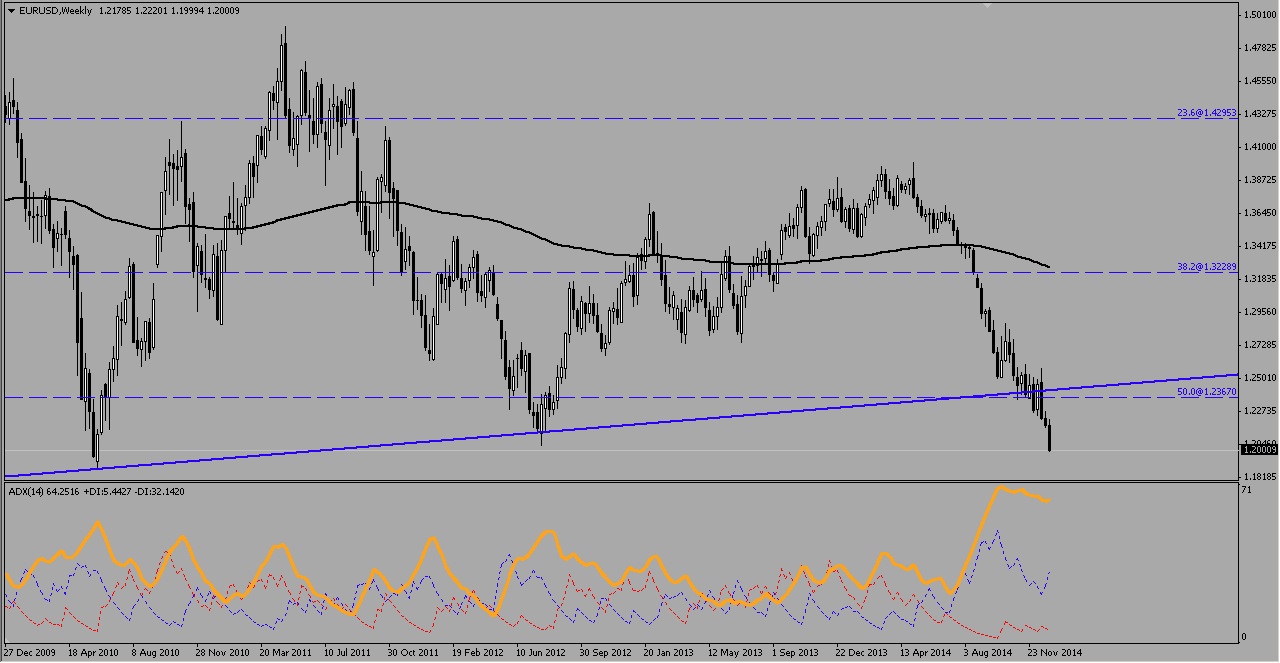 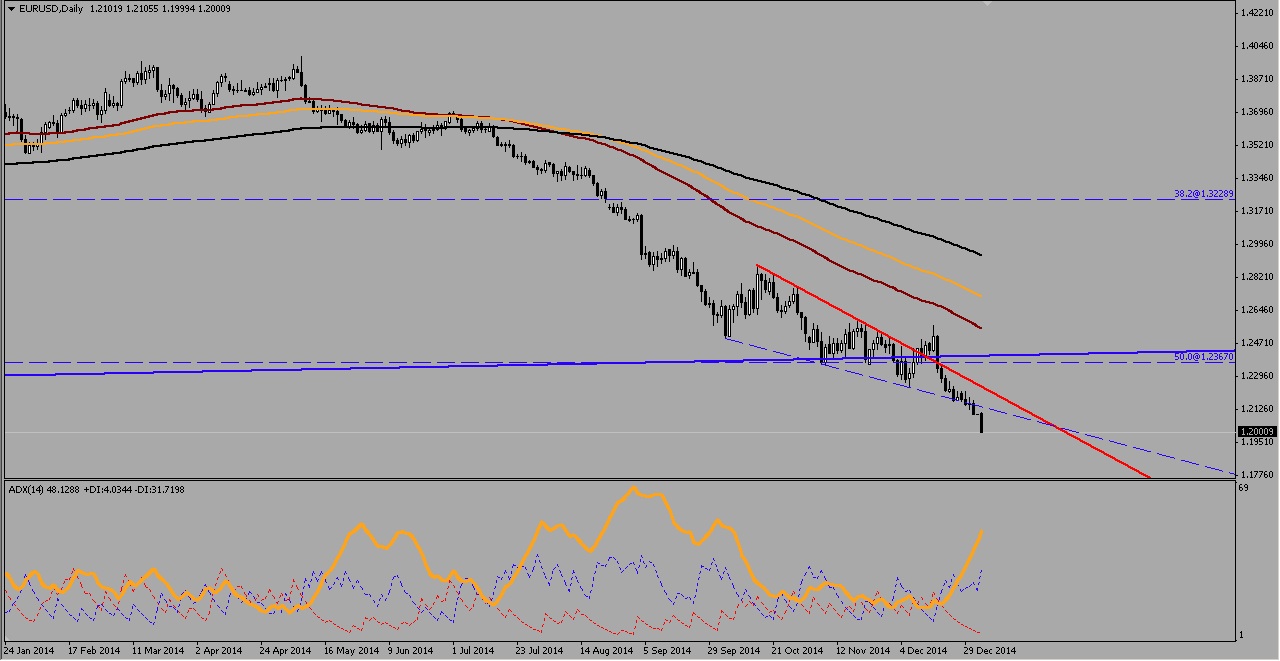 The lower lows as highlighted by the blue trend line has been broken towards the end of the last trading week as we crossed into 2015. The 200, 120 and 80 daily averages continue to slope downwards as the ADX continues to indicate a strong momentum to the downside.

We begin the week with the German Preliminary CPI month on month change, which if announced to be according to estimates, will show a slight 0.1% improvement, which would be the best data since July’s showing of 0.3%. On Wednesday, the year on year CPI flash estimates for the Euro area could continue to exert downward pressure on the Euro as initial estimates are likely to show a slowdown to no change, with a 0.3% growth the previous time the data was released.

Should 1.2000 be supported, a retracement towards 1.206 would be expected. Only when 1.2100 is broken above would we see 1.213-1.216 resistance zone be attained once more. A bearish break below 1.2000 will likely see a slide towards 1.191 without much hinderance, particularly if the U.S trade balance data comes out positive. The FOMC meeting minutes and unemployment claims could still drive the dollar sentiment higher with the imminent rate increase, while the U.S Non Farm Payrolls is initially estimated to show a slower growth than the previous month, but still a healthy number above the 200,000 mark. Unemployment rate is also expected to fall to 5.7%, which will spell more gloom for the Euro’s rate. 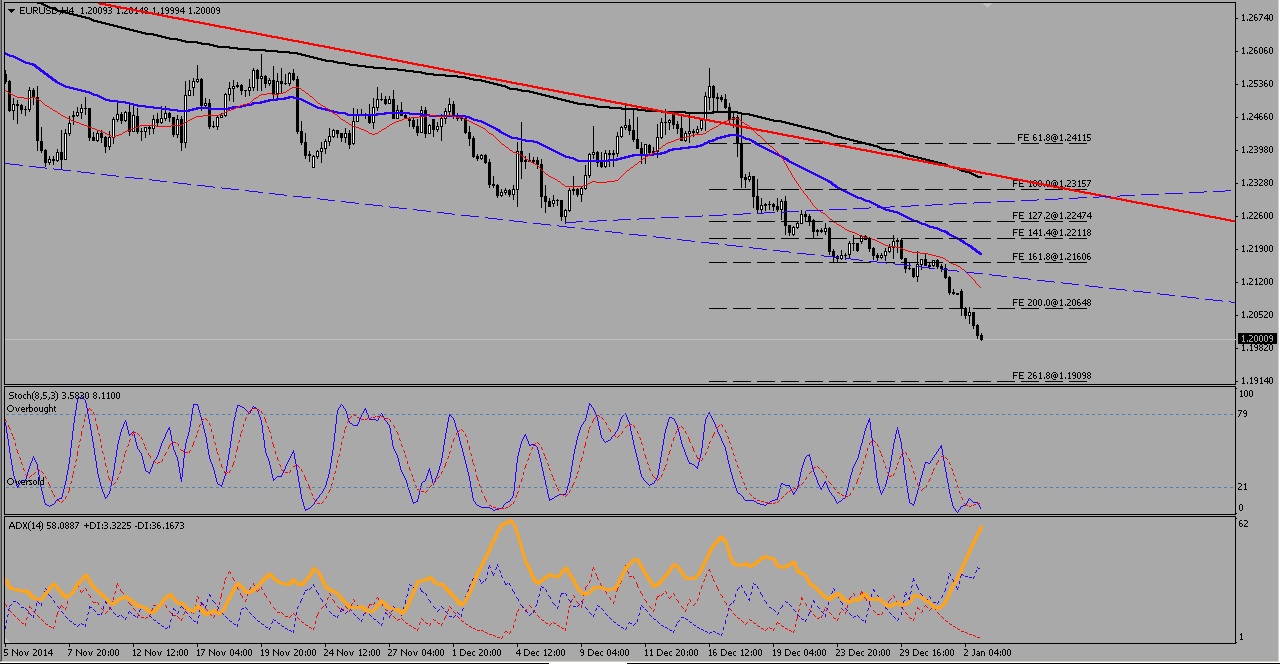 We see the Stochastics oscillator forming lower highs into the oversold region but no reversals in sight, as the market looks intent to push the pair below 1.2000 towards the next support at 1.191 at the Fibonacci downtrend expansion level.